Hey neighbor, BlockChalk here, with news you can use right where you are 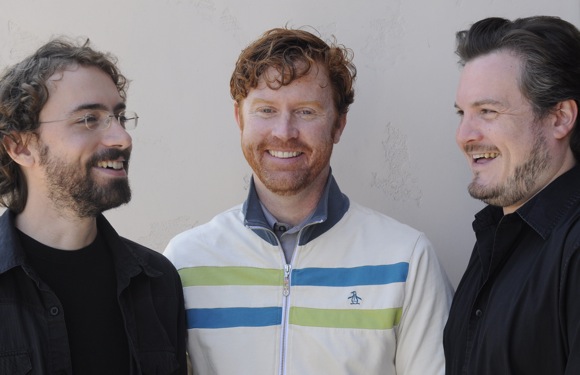 Startup BlockChalk has what new enterprises crave – buzz. Their seed funding made headlines at the end of May. Just this month, the company was named one of Entrepreneur Magazine’s 100 Brilliant Ideas of 2010. Not bad for a virtual company with one leg – i.e. person – in Menlo Park.

What BlockChalk offers is a way to use your mobile phone to leave anonymous messages – gripes, groans and alerts – and see what your neighbors are saying. Think Twitter meets community bulletin board with an overlay of classifieds  Breaking news – “the water main is broken” or “this garage sale has hundreds of 45s” –  pinned to a location. Posts can also be of a more urgent nature:  “Help – preparing dinner for eight. Need to borrow a bain Marie!” (that’s a double boiler to us non-cooks).

“We really want to differentiate down into specific neighborhood,” says Baggeroer. “We thinking people will be motivated to reach out, even when they aren’t actually good friends with their neighbors.”

BlockChalk works worldwide and is currently available in 132 countries,  over 11,000 cities and almost 18,000 neighborhoods. The $1 million in seed funding will be used to expand the engineering staff; the company is also moving from virtual to offices in San Francisco.

Baggeroer moved to Menlo five years ago while a grad student at Stanford, where he remains as a consulting professor at the design school. “We lived on campus for a while but we found a lot more community here in Menlo. We’re close enough to downtown that we can walk, and we also have a dozen kids on our cul du sac as well as a very international mix of neighbors.”