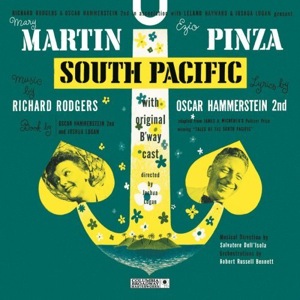 When Joe Marchi was 14 years old, a cousin took him to see Oklahoma at the Curran Theater in San Francisco. “I was just thrilled,” he recalled, “and because I couldn’t sing or dance, I decided to make musical theater my avocation.”

It’s a passion that’s endured first through his years on the faculty of Canada College, which he joined in 1968 and where he established the Center for the American Musical and, now into retirement. The Center itself outgrew its space and is now part of the San Francisco Performing Arts Library and Museum.

On Saturday, August 7, Joe will be sharing his love of musicals at a Menlo Park Library event billed “Great Songs from Musicals that Failed.” The program begins at 11:00 am in the downstairs meeting room and is sponsored by Friends of the Library. 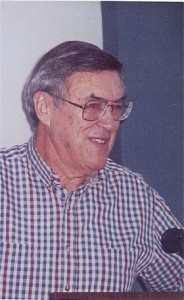 When InMenlo chatted with Joe, we tried to pick his brain about “the worst songs from great musicals” but he was hesitant to name names, claiming it would take hours to think through. He did cite his three favorite musicals of all time.

“My Fair Lady, West Side Story and South Pacific really stand out for me,” he said. “There’s not one thing wrong with these shows – everything fits.” (Pictured is the original cast recording of South Pacific which opened on Broadway in 1949 starring Mary Martin and Ezio Pinza.)

Joe bemoans the lack of star system associated with musicals today. “Alfred Drake, John Raitt, Mary Martin, Ethel Merman – there is really no one comparable in star quality today. I love Bernadette Peters but she’s not the household name the others were in their era.”

What are his favorite “modern” musicals? “I loved Ragtime – it was absolutely exquisite,” he said. “I enjoyed Jersey Boys more than I thought I would. And I have to admit I like Mamma Mia. It just brings just such joy. It may not be great theater but it sure is entertaining!”

Hello Joe Marchi:
I do not have Facebook or Twitter to communicate with you, but have a few Playbills and programs; I’m wondering if anyone would be interested in having them. I do not want to put them in the recycle bin.