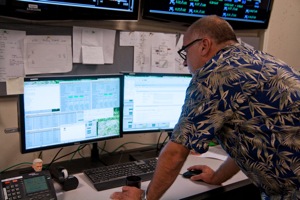 Note: This post was written by Lori Ann White, SLAC National Accelerator Laboratory, who also took the photographs. Both text and photo are used with permission.

Some people seem to be born knowing just what they want to do with their lives. Some people never figure out what they want to be when they grow up. SLAC Instrument Scientist John Bozek falls into a third category. When it came time to choose a career, he wasn’t sure want he wanted, but he knew what he loved.

With that knowledge in mind, finding his place as the first instrumentation scientist of the Atomic, Molecular and Optical science instrument — the first user instrument at the Linac Coherent Light Source, the first hard X-ray laser — became a simple matter of following the fun.

Originally from Winnipeg, Canada, Bozek first studied pre-medicine because “that’s what smart people did. Went into medicine.” Bozek quickly learned he was not like the other smart people.

A passion for discovery and investigation

“I decided that was not my future because I liked discovering things too much, I liked investigating things too much,” he said. Knowing medicine was out but not quite sure what would take its place, Bozek capitalized on all his chemistry courses and graduated with a degree in chemistry. “At least it was physical chemistry,” he said with a laugh.

It was while Bozek was selecting a Ph.D. program that opportunity knocked for the first time. He received an offer from the University of Western Ontario to work at the Tantalus Synchrotron in Wisconsin, which was one of the first generation of synchrotrons. “I fell in love with the hardware,” Bozek said. “I’ve always been a mechanical guy; I like turning wrenches. I like fixing things. All that hardware, all the computers to interface to the hardware… just a lot of fun.” 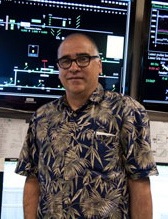 Bozek’s philosophy of “follow the fun” continued to lead him true. He eventually joined Lawrence Berkeley National Laboratory to work on the Advanced Light Source. “I ended up at the Advanced Light Source just as it was turning on, and eventually started building instruments and then beamlines there. That gave me an entree to come in as the first instrument scientist at the LCLS.”

Here, for a moment, his philosophy nearly failed him. “When I was considering taking this job it was a difficult decision. I had a good job, a good career path at Berkeley Lab,” he said.

Bozek admitted the schedule has been rough. As the first LCLS instrument, the AMO was the sole focus of the unprecedented X-ray beam for months. “For the first run we had beam every day, 24 hours a day. For this run we’ve had beam for 12 hours a day, almost every day.” He paused. “What an honor to have this half-billion dollar machine pointed at your experiments for four months. Wow.”

Note: The Linac Coherent Light Source facility, which is located at SLAC in Menlo Park, will be officially dedicated on Monday, August 16, in a ceremony attended by U.S. Secretary of Energy Steven Chu and Stanford President John Hennessy.