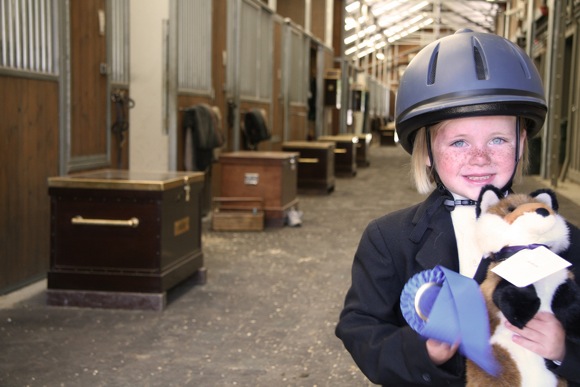 The 40th edition of the Menlo Charity Horse Show wraps up this morning at the Menlo Circus Club in Atherton with the Grass Hunter and Jumper Fields. The show, which benefits Vista Center for the Blind, was spearheaded by Betsy Glikbarg (profiled earlier this week on InMenlo) as it has been since its inception. 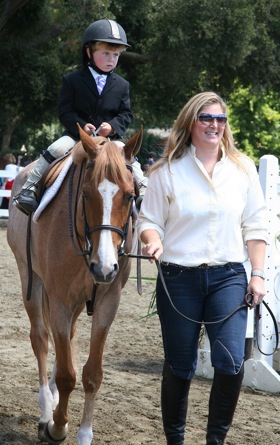 InMenlo stopped in yesterday just in time for the Lead Line Class age six and under. Explains Nan Chapman, who like Betsy Glikbarg, has been involved with the show for the past 40 years: “In this event, the little ones, most probably on horses for the first time, are led into the ring by an adult.  Every one of them earns a 1st place Blue Ribbon. The smiles on their faces are something to behold.  As you might guess, they are mounted on everything from ponies to huge draft horses.”