Jill and Andrew Olson: Participating in “venture philanthropy” thanks to SV2 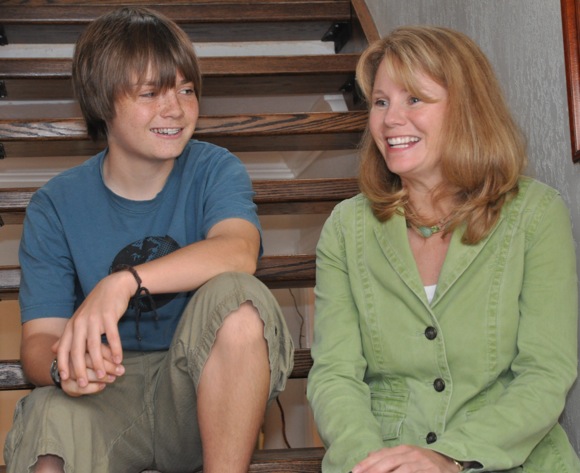 Jill Olson was looking for a way a stay-at-home-mom could make a meaningful difference and gain knowledge about philanthropic giving at the same time. She believes she found the answer three years ago when she became a SV2 (Silicon Valley Social Venture Fund) Partner.

SV2, founded by Laura Arrillaga-Andreessen in 1998,  endeavors to make a local impact through building the capacity of nonprofit organizations both through giving money and giving time, a concept known as “Venture Philanthropy.” At the same time, SV2 supports Partners in deepening their knowledge of issues facing Silicon Valley and building their understanding of the array of organizations addressing those issues.

Jill has participated annually in SV2’s Education grant rounds, each year adding to her knowledge of the grant making process.  She also is part of SV2’s new Family Foundation Roundtable, for Partners who manage their own family foundations. (In addition to Eduction, SV2 has two other grant categories – Environmental Sustainability and International Development.)

“This opportunity seemed like the next step in gaining a greater understanding about thoughtful, careful giving,” she told her InMenlo visitors, sitting in her Menlo Park living room with son Andrew at her side “And I’ve learned enough that I’ll be leading an Education grant round next spring, taking on more leadership responsibility.” 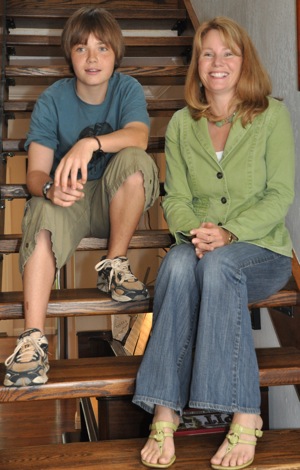 She cites an added appeal about her participation: “With a annual contribution of $5,000, it’s a donor pool that’s accessible to many families.”

For the Olsons, SV2 involvement has become a family affair. Andrew participated in SV2’s program for middle and high school age children. He may only be a 9th grader (at Menlo-Atherton High School), but he talks about a lifetime of giving.

“My family always stressed giving, and starting in kindergarten, I had a loose change box, and over the years gave whatever was in the box annually to Heifer International,” he said.

“Then in 5th grade, I decided I wanted to make a concerted effort to raise thousands of dollars to give away. I wrote letters to family and friends and talked my father and grandfather into doing a dollar match, and ended up raising about $4,000.”

When his mom took him to a SV2 meeting, he decided to join the SV2 Teen Philanthropy Program, which was launched in 2009 with the purpose of helping children of SV2 Partners  develop deeper knowledge of the nonprofit sector and grant making as well as giving them exposure to social issues and the nonprofits addressing them. Teen program participants meet from January through May one Sunday afternoon a month at different SV2 Partner’s offices, which serves to introduce them to different industries.

Of the the most recent grant making process, Andrew said: ““It was great to work with a bunch of my peers who think and care about the world. We discussed and debated in a way I have never been able to do before.”

Adds Jill with enthusiasm: “And the people the kids meet are fantastic!”