Salon Menlo brings you some end of summer magic 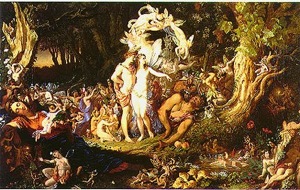 Signaling that Fall is on the way, school may have begin for some this week, but Salon Menlo organizer Lauren John is still hoping for a little summer magic by hosting an afternoon devoted to A Midsummer Night’s Dream, the Shakespeare comedy that examines mistaken identities and unrequited love.

Emails Lauren: “Please join us  for a magically transforming afternoon on Sunday, August 22, at 1:00 p.m. in the Fireside Room of Menlo Park Recreation Center (900 Alma Street) for a discussion of the play, screenings of film clips from 20th century film adaptions,  Farmer’s Market brunch and Peet’s coffee, and some live scene readings by local actors.” The event is free of charge.