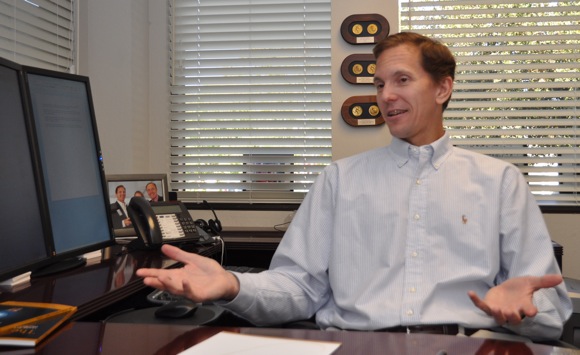 Since retiring from tennis in 1991, Dan has been an independent financial advisor, practicing from a downtown Menlo Park office. In 2002, he met Gordon Murray, a 25-year Wall Street veteran, with whom he worked, first as a client, and then as a colleague when Gordon began consulting for Dimensional Fund Advisors, an investment firm Dan already was partnering with. They became confidants and bounced ideas off of each other, particularly about the philosophy of investing passively (no stock picking or marketing timing), using diversified vehicles and balanced portfolios. 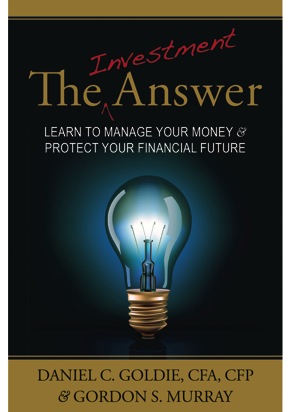 “For several years, Gordon had wanted to write a book about this investment approach, and we talked about doing something together,” Dan said. “He had even done an initial draft, but neither of us did anything to move it forward.”

About two years ago, Gordon was diagnosed with a particularly virulent form of brain cancer. Almost immediately, he made a commitment to give back by sharing his knowledge with others. This has included appearing before Congress on financial reform and continuing to teach financial advisors how to communicate with their clients.

Earlier this summer, Gordon’s condition took a turn for the worse, and he was told he had only months to live. That spurred Dan into action – feeling it was now or never for the book they’d long talked about.  Gordon was reluctant, not thinking he had the energy to take on such a task.

“I couldn’t stop thinking about getting the book finished,” said Dan. “I started to rework the initial draft and sent what I’d done to Gordon. That got him hooked. We came up with the title – The Investment Answer – and the work began to flow between us. Three months later we had a book. It was like everything came together. It was meant to be.”

The book is available free online in a PDF version; a paperback and Kindle edition can be purchased on Amazon. But selling books is not what is on either Gordon or Dan’s mind.

“We believe this is the basic financial and investment information that people need,” said Dan.  “The mission of the book is to spread that information to as many people as possible. We’re hoping to redefine how people view investing and underscore that there’s a difference between investing and speculating.

“Most investment books are either too long, too complicated, or lack academic rigor. After having the book edited and reviewed by prominent academics and industry professionals, we are confident that this book fills a void that exists in today’s investment literature.”