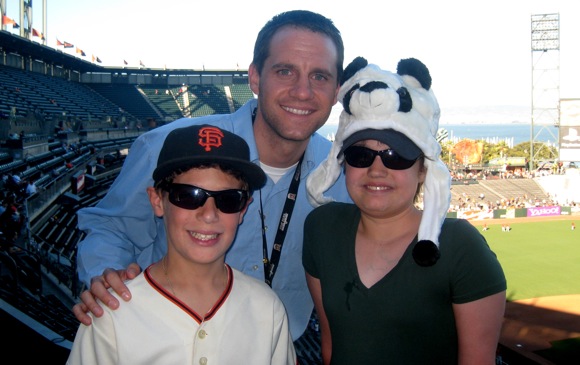 “How it works is you can make a one time donation to the Children’s Organ Transplant Association, or you can donate per strikeout for the Little League season,” wrote Cole in his fundraising appeal. “If you pledge per strikeout, I will contact you at the end of the season, June 2009, with my recorded number of strikeouts and ask for your donation then.”

Cole raised $800, and Jessie is now back in the Bay Area. The Giants honored them both at a game just before the season ended, where they to got cheer their home team – and Jessie’s recovery.

Photo courtesy of the Spina Family