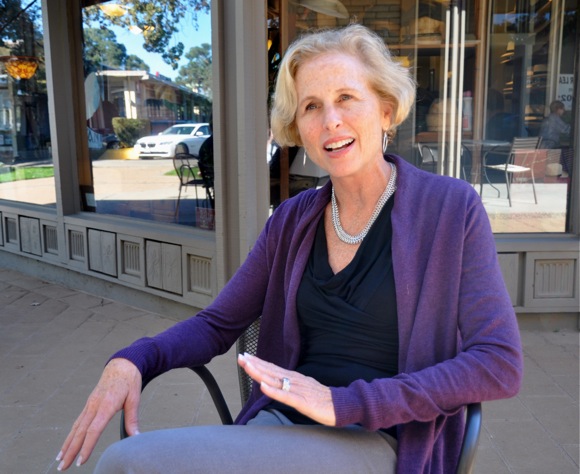 Years ago, when Kim Selby was living in New York City, she dreamed of becoming a dancer. But like many who yearned for a show biz career, she had to pay the bills, which her job at Glamour magazine did. It also started her career in fashion, most notably putting on shows for local schools and non-profit organizations.

“When I first moved to Menlo Park 22 years ago, I was fashion director at Saks in Palo Alto,” she says. “When I left Saks, I just kept doing fashion shows on my own.”

She’s currently down to doing two high school shows annually – Sacred Heart in September and Menlo-Atherton in March, which she’s now working on with the school’s fashion show committee. Both shows include coordinating well over 200 adults and teens.

“I really like working with teenagers,” Kim says. “And they seem to like me, even though my own kids don’t!”

The M-A show, which will be on Mar. 5, 2011, is the school PTA’s major fund raising event and features the senior class. “I get the clothes together from a variety of sources,” she says, “The kids use their own shoes and accessories. The show builds great community among the class, many of whom don’t know each other before they participate – it’s such a large school. I’ve seen new friendships develop.

“This year’s show is particularly fun for me because my son is a senior. The theme will be announced in December, and whatever it is, we’ll carry it out in music and props. I can’t wait.”