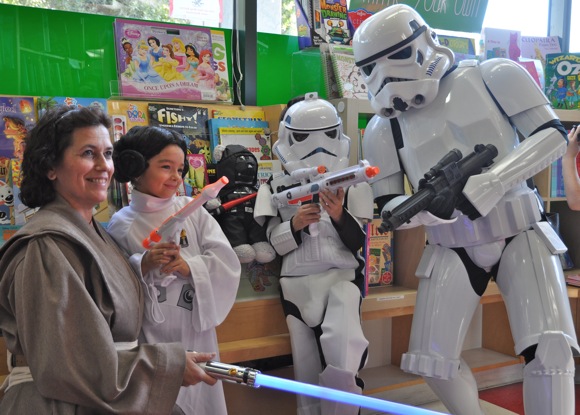 A squad of stormtroopers (of all sizes!) from Darth Vader’s 501st legion invaded Kepler’s this afternoon. But the Force – e.g. kids in Star Wars costumes – prevailed, much to the fun and amusement of all. It was part of a promotion for LEGO Brickmaster Star Wars, which included prizes for best costume, a raffle and the opportunity to pose with a stormtrooper. Princess Leia (aka Isabella) and Tony, a kid-sized storm trooper himself, were quick to seize the moment.