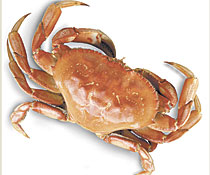 Marine life in the San Francisco Bay has flourished over the past decade in concert with a large-scale climatic shift originating far out in the Pacific Ocean, according to a new study by Menlo Park-based U.S. Geological Survey. The study challenges the established principle that water quality in bays and estuaries is driven primarily by human-caused changes in the surrounding landscape.

“While some native species of fish are near extinction in the upstream Delta, bottom fish, crabs and shrimp are thriving in the marine waters of the bay,” said Jim Cloern, research ecologist with the USGS. “Discovery that the bay’s biological communities are linked to climate patterns thousands of miles offshore is essential information for environmental managers.”

Revealed by three decades of observation, scientists from USGS, the California Department of Fish and Game, NOAA and five universities found that one particular wind pattern over the Pacific Ocean developed in 1999 and has persisted through most of the 2000s. This wind pattern changed ocean currents and upwelling to establish a coastal habitat that promotes population growth of flatfish, crabs and shrimp species that migrate into estuaries such as San Francisco Bay.

The climatic patterns, known as the Pacific Decadal Oscillation and North Pacific Gyre Oscillation, appear to be at the top of a domino-like effect that strongly influences the coastal ocean, which in turn influences biological communities, which ultimately affects water quality in the San Francisco Bay. USGS scientists have continually monitored the San Francisco Bay since 1968, providing hundreds of scientific articles to draw from for this study.