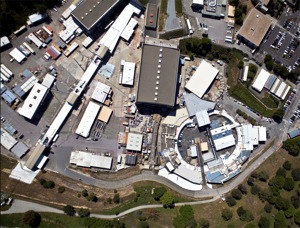 The 2010–2011 user run started this past week at the Stanford Synchrotron Radiation Lightsource. The run is scheduled to last until July 25, 2011, with an estimated 1,500 users coming to SLAC over the course of the run to perform research using SSRL’s X-ray beamlines. The synchrotron will begin the run at an operating current of 350 milliamperes, up from 200 mA during the 2009–2010 run. The team plans to ramp up to the SPEAR3 top design current of 500 mA sometime during the run.

In addition to projects that increased injector reliability, a major reorganization of the SPEAR accelerator and beamline computer networks is currently under way, with much of the work now completed for the accelerator and migration of the beamlines to their new sub-networks to take place incrementally during the run.

Seismic upgrades round out the major projects either completed or pushed forward during the past shutdown. SSRL is ready for the user run, inside and out.