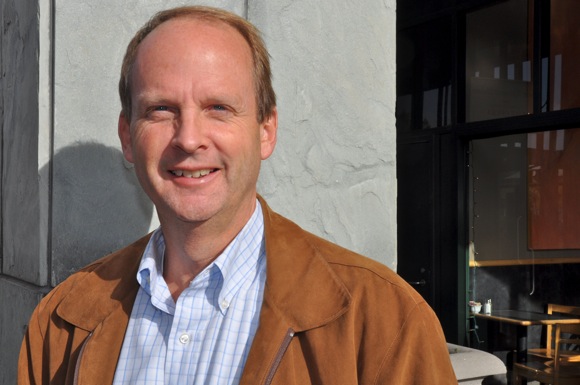 Menlo Park resident Scott Lohmann got involved with the Menlo Park-Atherton Education Foundation not just because he has two children at Oak Knoll School but also because his mother was a school teacher. “I understood how hard teachers work and how committed they are,” he says.

The Foundation supports the Menlo Park City School District through an annual grant, which it has provided for over 27 years.  The grant becomes part of the schools’ operating budget. The most recent grant of $2.35 million, made in June 2010, represented nearly 8% of the District budget.

Scott’s been a Foundation board member for the past four years, currently serving as co-President with Alison Leupold. Each year the Foundation’s goal is to get 100% of parents with children in the District’s four schools – Encinal, Hillview, Laurel, and Oak Knoll – to make a financial contribution.

“We use the dollars to keep teachers,” says Scott. That includes funding teacher salaries (17 teachers in 2010-2011) and teacher professional development as well as classroom innovation, technology, and enrichment programs (art, music, science and library).

Scott explains that at the beginning of every academic year families either new to the district or with kids first entering kindergarten get educated about the Foundation’s mission and the importance of making a financial contribution. “From mid-August to mid-October it’s pretty intense,” he says. “I feel for the families – it’s a lot to absorb.”

The education continues through a series of small coffees and culminates at the Foundation’s annual auction, which will be held on April 9, 2011 and feature the popular local band Pride and Joy. “At last year’s auction, we raised $136,000 just for Fund a Teacher and typically net around $300,000.  The Foundation is also making a push to involve the greater community – people with kids not enrolled in the District and through a business sponsor program. The businesses get exposure and District parents are encouraged to patronize those establishments.”

Scott has been a Menlo Park resident for 11 years. In addition to juggling his professional career and  hours spent volunteering for the Foundation, he coaches his kids’ sports team. He’s a runner and increasingly a cyclist. “I’m training for the Death Ride – it’s 129 miles and includes 5 ascents. I like having two or three big athletic goals a year, and the Ride has been a goal for many years – plus I was goaded on by three friends!”