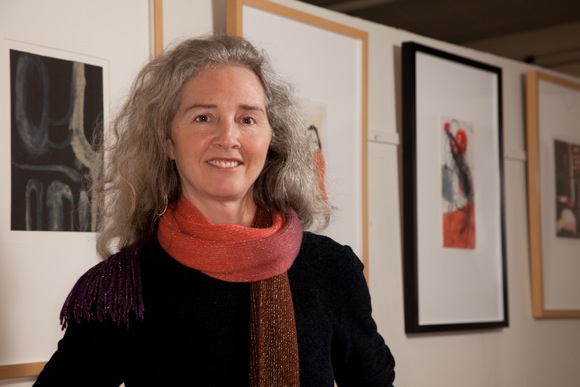 Menlo Park-based artist Colleen Sullivan admits her artistic pursuits include “a wide swath of things.” “I started as a graphic designer. I make prints. I paint,” she says. “I’m going to be illustrating a children’s book.”

Thirty of her prints and paintings are on display at the Mountain View Center for the Performing Arts though April 11. They can be viewed Monday/Wednesday/Friday from noon to 1:00 pm and one hour prior to performances. 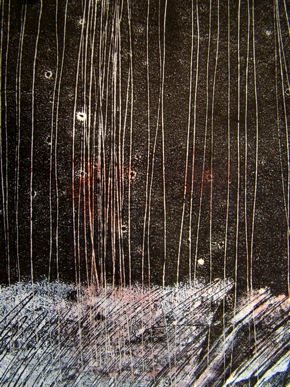 “I base my work on improvisation and spontaneity,” she says. “The show is called Metaphor In Movement and it’s all about lines and shapes. The works suggest things. For example, I have one called A Difficult Winter (left). It has a sense of being a winter scene, but it’s really lines and shapes.”

Printmaking remains Colleen’s passion, but she says she also does a lot of figure drawing. “I go to a model session on a regular basis,” she says. “It’s very interpretive. The models are moving. It’s not a standard situation — it’s more abstract and less predictable.

“Making art for me becomes a performance and at times even a collaboration with my own, earlier ideas. The works in the Performing Arts Center exhibition were made during the past year and show my growing interest in movement and line.”

Photo of Colleen Sullivan by Scott R. Kline. A Difficult Winter used with permission from the artist.

It was good reconnecting with you today. Your website is impressive.