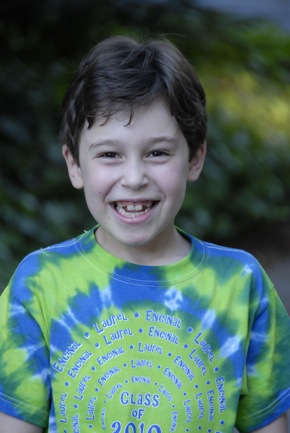 While M-A is presenting a musical about a fictitious spelling bee, we got a tip that there’s a real life contestant here in Menlo Park, an eight-year-old who attends Laurel School. His mother, Sara Eisner Richter emailed us details:

“Laurel held the school’s first third grade spelling bee back in January, and my son Jacob won that.  It was a fun event, and the kids really got into it.  As school champion, he went on to The Chronicle Spelling Bee Bay Area Semi-Finals at the Lawrence Hall of Science on February 10, where 200
spellers competed in a written spelling bee. They ranged in age up to the eighth grade.

“Jacob placed in the top 52, which earned a spot in the finals to be held at Pier 39 in San Francisco on March 19.  So here we are! Getting excited!  The winner of that bee will go on to the Scripps
National Bee in DC to be held in June.”

Sara also reported that Jacob said the hardest word he spelled was Weissnichtwo, which a little research reveals is a famous spelling bee word along with humuhumunukunukuapuaa. The latter is a small Hawaiian tiger fish; the former is  a fictional city in a Thomas Carlye novel. There’s debate whether or not it now means “imaginary place” in German.