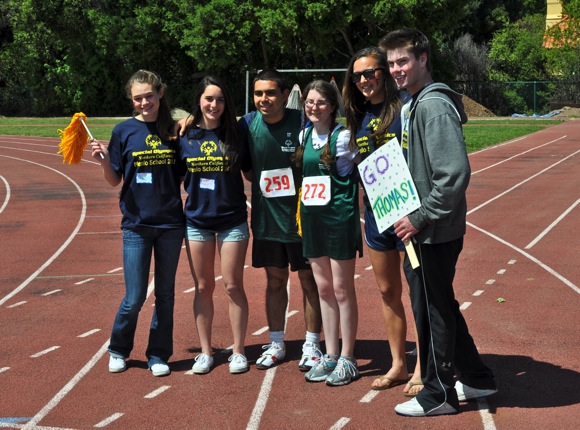 Two Menlo School student volunteers accompany each Special Olympics’ athlete during the course of the day. Volunteers also help the athletes prepare mentally for the physical challenges of the day’s track and field events.  The Special Olympics’ motto is: “Let me win. But if I cannot win, let me be brave in the attempt.” Participating athletes – youth and adults – come primarily from San Mateo and Santa Clara counties. 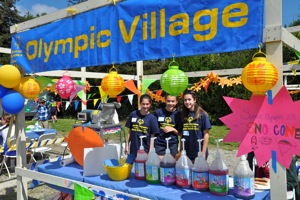 Middle school volunteers and their families hosted the Olympic Village – complete with a photo booth, face painting, snow cones, caricatures by Gordon Ng, and karaoke, providing a break for the athletes and their buddies.

Norm Colb, Head of Menlo School, likens the day to “service learning at its very best,” and notes that “this is one of the student body’s most treasured days. There is never any difficulty attracting volunteers.”

“The students love the interaction with the athletes and prepare weeks ahead by designing T-shirts, creating posters, and making personal signs for each Special Olympics athlete,”  says Jessie Brugos, Director of Service Learning at Menlo, who first attended the event as a student volunteer herself in 1993.

Cindy Blyther, Senior Regional Sports Director of the Special Olympics of Northern California, notes that “Menlo Games is such a great event with huge community involvement.  The athletes love the interaction with the students.” 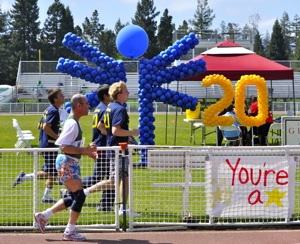 “I love volunteering at the Special Olympics every year because it is so fun to see the look on the athletes’ faces as they finish an event,” says Menlo senior Kyra Vargas. “It is a great opportunity to be buddies with someone who you wouldn’t otherwise have met and share their excitement as they participate in different athletic events.”