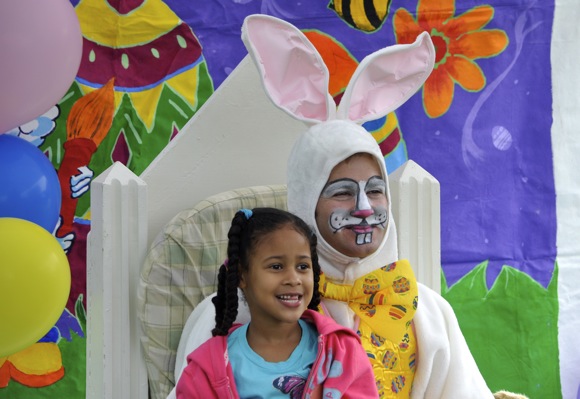 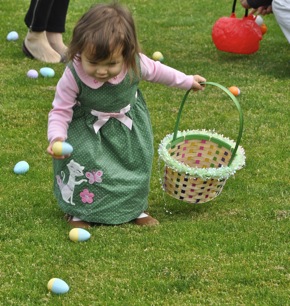 The Easter Bunny arrived at Burgess Park in Menlo Park this morning, ready to greet youngsters with a sit-on-the-lap photo opportunity and a good-bye piece of candy. It was one of the ways to pass the time before the eggs hunts began. There were also three bouncy houses, crafts, and a jelly bean guessing contest. And of course, the members of the Menlo Park Fire Protection District were there, not only to help supervise, but so that people could enjoy a ride on Old Tom the fire truck.

The egg hunts themselves were done by age groups. The youngest group – age 2 and 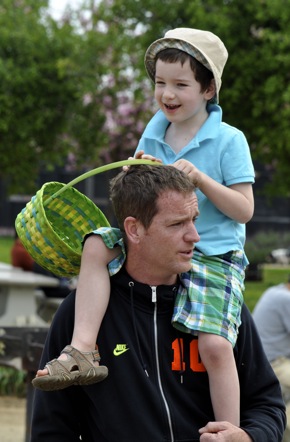 under – seemed to delight as much in picking up an egg, placing it in a basket, and then putting it back on the grass as much as they did “discovering” eggs, which were all scattered in plain sight. But as with most events put on by the City of Menlo Park’s Community Services Department, everyone seemed to be having a good time amidst the controlled chaos.