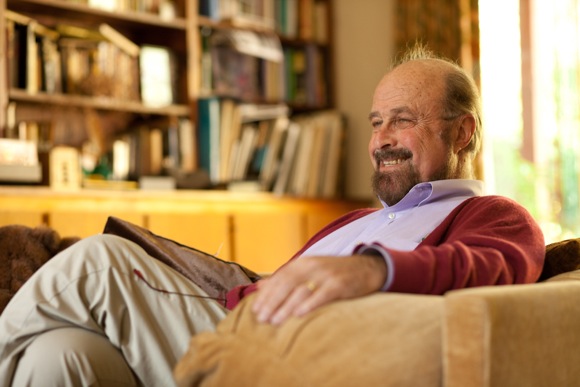 Since graduating with a PhD in psychology from Stanford in 1965, James Fadiman has, among other things, taught, counseled, trained, consulted, written and photographed. He’s also co-founded the Institute of Transpersonal Psychology. When we visited with him in the Menlo Park home he shares with his filmmaker wife, Dorothy, he was wearing his author’s hat, as demonstrated by the many fiction and non-fiction books laid out on the coffee table.

We were there to learn about his latest book, just published, The Psychedelic Explorer’s Guide: Safe, Therapeutic, and Sacred Journeys. “The book is for guides, not a guide to psychedelics,” he says. “There are a number of ways to use psychedelics safely and using a human guide is one. When you learn to fly an airplane, you have an instructor. You don’t go solo.”

And then with a gleam in his eye, he quickly diverts, “I can’t wait for the interview on Fox News about the new book!” 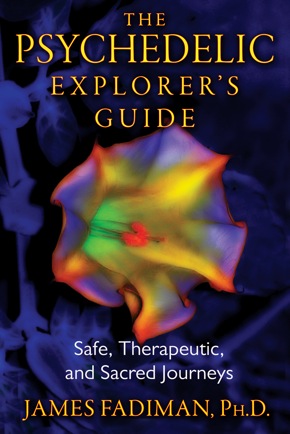 There’s no mistaking that Jim is comfortable in his own skin, a plus for someone who’s eager to talk about a class of drugs that went underground 40 years ago when the possession of LSD, in particular, was made illegal in United States and halted research – although not usage.

“Twenty three million people in the U.S. have used LSD,” Jim says. “That’s the government’s figure, by the way. I’m giving those 23 million people a chance to finally get some real research data to help them understand their own experiences and detail real ways to do it better if they wish or intend to.”

Jim was introduced to LSD by his Harvard undergraduate adviser, Dr. Richard Alpert (Ram Dass). “I was living in Paris, and he was in Europe for a conference. He said, ‘The greatest thing in the world has happened to me and I want to share it with you.’ And then he took out this little bottle of pills.”

The author believes that the tide of public opinion is slowly shifting and thus the importance of talking about using LSD safely to minimize harm and maximize benefit. The book lays out the immediate and long-term effects of psychedelic use for spiritual (high dose), therapeutic (moderate dose) and problem-solving (low dose) purposes and provides the first reports of the effects of ultra-low doses.

“These ‘teners’ – tiny doses – are subperceptual,” he says. “You don’t notice them and nobody around them notices. People function better intellectually and physically – at least that’s what the initial research shows. It’s remarkably safe and culturally inoffensive.”

“The potential for positive benefit is particularly true in technical problem solving. With the proper guide and situation at a proper dose, people can work on and make breakthroughs in high tech problem solving and inventing.”

As for the decades long stigma associated with psychedelics, Jim says: “The reason psychedelics were banned is that they were supposed to be bad for you. People using these drugs were going to be non-productive members of society. They’d be brain damaged. But it doesn’t appear I’ve become a drug-crazed drop out, does it?”