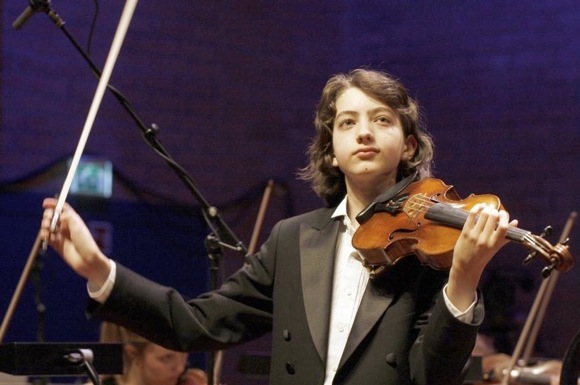 The Silicon Valley Symphony features the 14-year-old violin prodigy, Stephen Waarts, in his third appearance with the symphony in a concert titled Prodigy Plays Mendelssohn on Friday, June 3, 2011, at 7:30 pm at Trinity Church in Menlo Park.  Tickets are $20 general and $15 seniors and students; children age 12 and younger are free with an adult. Seating is first come, first serve.

Maestro Michael Paul Gibson first collaborated with Stephen, when he was 12 years old, performing the Tchaikovsky Violin Concerto on November 15, 2008. The second performance, at age 13, was the Brahms Violin Concerto on March 12 and 13, 2010. In the upcoming concert, Stephen, now 14, presents probably the most popular and most performed violin concerto Violin Concerto in E Minor by Felix Mendelssohn. Stephen will be attending the Curtis Institute of Music in the fall, studying violin with the famous Aaron Rosand.

The orchestra opens with L’Italiana in Algeri Overture by Rossini followed by Fantasia on a Theme by Thomas Tallis by Vaughan Williams, and then Prokofiev’s Classical Symphony. The Mendelssohn Violin Concerto climaxes the program.