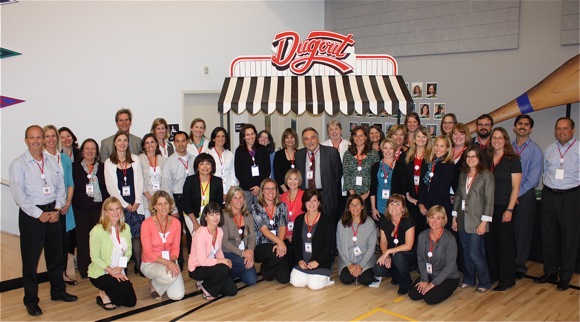 The Menlo Park City School District 2011 service award winners were honored a special ceremony in the Encinal Multi on June 2. The awards go to parents and teachers who have gone above and beyond to help the schools and the district. In an email that listed the recipients, Libby Tinsley said: “Many school programs would not exist were it not for this talented and dedicated group of volunteers.” The list of honorees follows: