Thumbs up for Luce at Blue Rock House Concert 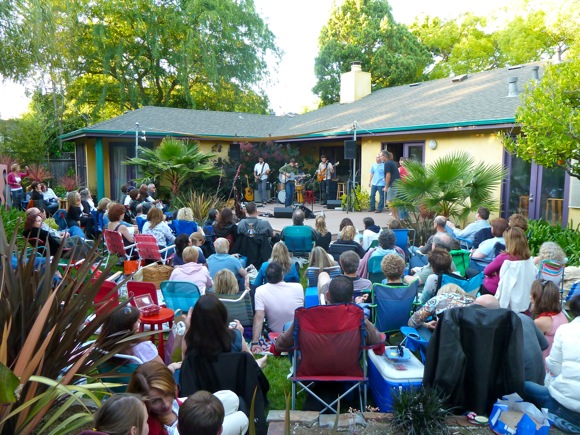 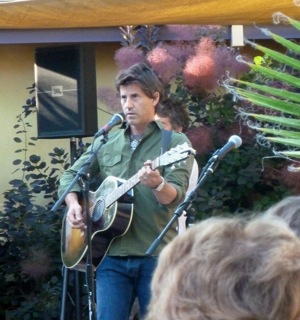 “I tell people I’m playing a house concert this weekend and they say, ‘Oh for 20 people or so in a living room,” said Tom Luce (photo, left) Saturday night, front man of the band Luce. “And I say, ‘No, like 150 people outside.’ And they say, ‘What do the neighbors think?'”

Who knows what the neighbors thought but the crowd that turned out for the first of the summer Blue Rock House Concert at a home in west Menlo Park was clearly devoted followers of the local band that first gained both Bay Area and national attention with their hit single Good Day in 2002. Not surprisingly, it was playing that tune that brought the house down. “Play it again!” shouted one appreciative fan.

This is the seventh year Gwen Fuller has hosted summer concerts in the backyard of her home. The key to success appears to be featuring bands that have a fan following and, to keep the neighbors happy, having the music stop before 9:00 pm. The next Blue Rock House Concert features Molly’s Revenge on August 20.