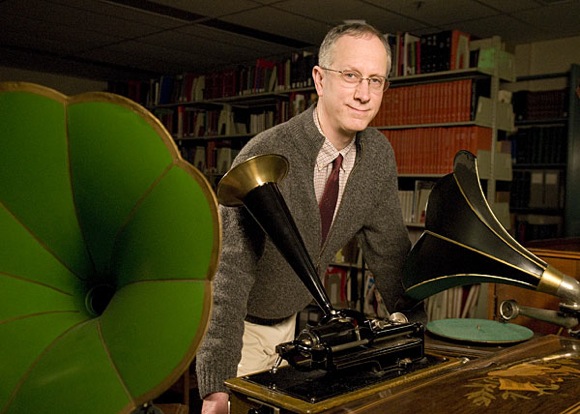 Did you know that the Stanford Archive of Recorded Sound is one of only five major sound archives in the United States and the only one on the West coast?  Established in 1958, the archive is one of the so-called “big five” repositories in this country (along with those at the Library of Congress, New York Public Library, Syracuse University, and Yale) devoted to acquiring and preserving materials that document the history of recorded sound.

Jerry McBride (pictured), head librarian of the Stanford Music Library and Archive of Recorded Sound, will discuss this immense archive that houses over 300,000 items of historical significance on Saturday, August 13. Recordings include speeches by Winston Churchill and John F. Kennedy; readings by poets such as T.S. Eliot; radio broadcasts of the 1940’s; operas and jazz.

Sponsored by the Menlo Park Library, the lecture and slide show will be held at the Menlo Park City Council Chambers, 701 Laurel Street, on Saturday, starting at 11:00 am. The program is free and open to the public. Free wheelchair accessible van service is available for Menlo Park seniors and people with disabilities. Call 330-2512 for van reservations.

Photo by L.A. Cicero for the Stanford News Service