What’s with the early season rainfall? 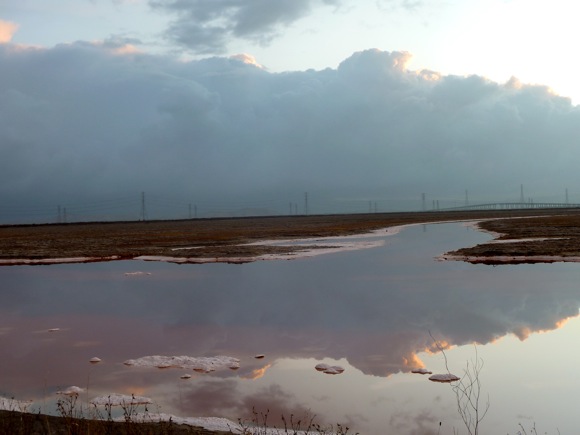 Meteorologist Bill Martin had an explanation on KFOG this morning for locals wondering what’s with the early rainfall this season.  Like other long time observers, Bill acknowledged that October is often one of the Bay Area’s best weather months and that the storm that passed through overnight was more characteristic of a winter storm, e.g. heavy rain and wind. He said it’s all part of a low pressure system that settled in last spring, stayed for the summer — and its cool temps — and is now showing its face in early fall.

For the record, InMenlo weather watcher Bill Russ measured .8″ overnight, bringing the season-to-date total to a full inch, compared to zero at this time last year. There were a few lingering showers this morning, including a downpour around noon that added another .2″ inches to Bill’s gauge (y-t-d now 1.2″). “This excites me!” he emailed.

At dawn this morning, the clouds above the salt ponds of Menlo’s Bedwell Bayfront Park gave it a Martian-like glow.