Linh Nguyen: Accomplished musician with an eye on the high seas 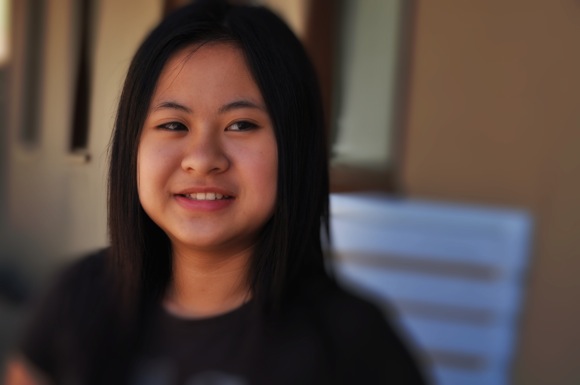 Menlo School junior Linh Nguyen is an accomplished musician. She’s been playing piano and cello for a decade, takes classes at the San Francisco Conservatory of Music, and participates in a number of recitals each month.

She also plays guitar, clarinet, tenor saxophone and ukelele and speaks three languages fluently — English, Vietnamese, and French — and is taking Spanish and American Sign Language. “Music and language are my things,” she said shortly after playing Rhapsody in Blue in an impromptu performance in one of the school’s rehearsal rooms.

So as the discussion moved to college applications and selection, imagine our surprise when Linh announced she was really interested in joining the Navy. “I’ll probably apply to ROTC programs at various colleges and am also looking at Annapolis.”

Linh explained that her grandfather was an officer in Vietnam and that was one reason for her interest. “And a friend got me started in the Naval Sea Cadet program in San Francisco,” she said. “We do a lot of cool things involving maritime affairs, sailing and naval warfare. It’s stuff I couldn’t learn anywhere else.”

Music and family converged this past summer when Linh and her brother Vien performed a concert at the Second Congregational Church in Attleboro, Massachusetts, the church that sponsored her grandparents when they fled Vietnam. “The church is involved with a program called Food ‘n Friends,” she said. “Attleboro is not an affluent town, so children go hungry. I wanted to participate in the concert to raise money for the program and I also put together a CD of duets with my brother to sell. We raised about $5,000.”

Asked about her varied pursuits and how she manages to do them along with the school work required during the junior year, Linh replied: “If I find myself interested in something, I take it one step at a time. And then I go full speed!”