Kendall Whitney: Travels not with Charley, but with Marcos and Lupe 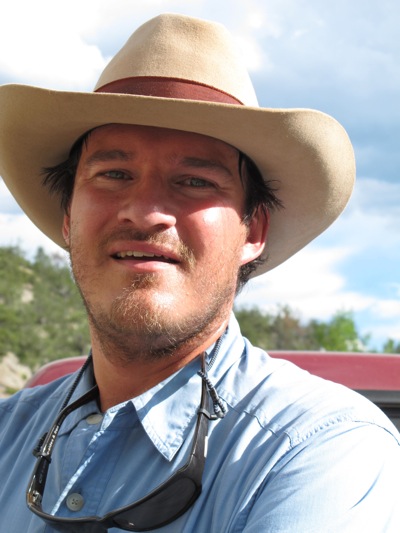 Editor’s note: Some people land in Menlo Park and Atherton as adults. Others grow up here and become successful, gain fame, and/or fortune elsewhere. This is another of our occasional “Where Are They Now?” series that highlights these individuals.  Know someone who fits the criteria? Please send your suggestions to tips@inmenlo.com.

Can Menlo Park really claim credit for native son Kendall Whitney’s myriad pursuits?  In his own words: [“I’ve been] a professor, a therapy dog handler, a translator, a mannequin dresser, a telemarketer, a door-to-door salesman, a nurse’s aid, a street canvasser, a dishwasher, and a chef.” Now add author to that list.

“When I was at Oak Knoll and Hillview, my favorite subjects were recess and reading,” he recalls. “My favorite teachers were Ms. Devoto, Ms. Krumbein and Mr. I, and then at M-A, Sr. Kaska, Mr. Fuchs and Ted Minnis, the water polo coach.”

In addition to water polo, Kendall swam and was in the jazz band at M-A, graduating in 1994. He went to Whitman College were he was a Spanish major with a minor in environmental studies minor. He got a PhD in Spanish from the University of Kansas, and, until last year, was a Spanish professor. Currently his “day job” is as a graduate teaching and research assistant with Western Washington University’s MBA program.

But he’s most excited to tell hometown folks about his first book, Pick Up Dogs, 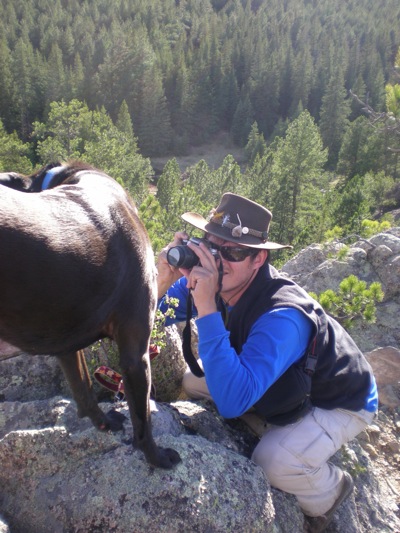 which he describes as a “Steinbeck’s Travels With Charley in search of America for the contemporary age.”

Prodded for further explanation, he says: “The book is the result of making therapy dog visits with Marcos, a greyhound/Lab mix, to the hospital, hospice, and assisted living homes in the area and doing 50,000 plus miles in road trips with both dogs [there’s also Lupe] around the United States.

“I’m guessing that my dogs have more states under their belts than probably 95% of Americans. At last count, they’re been to 28 states, and not the tiny ones like Rhode Island and New Hampshire, but big ones like Montana, Texas, Wyoming and the like.

“My environmental studies minor probably explains my research in the book. Although it’s mainly about the healing power of dogs, both as certified therapy dogs like Marcos and as companion animals, it also touches on nature and a contemporary American’s relationship with the environment.”

But don’t think of it as a dense treatise. Kendall says its packed with pictures. Pick Up Dogs is available for purchase online.

Will Kendall Whitney be giving any talks at the library or elsewhere locally? He sounds like a very interesting person.

Agreed! Can a Kepler’s appearance be far off?