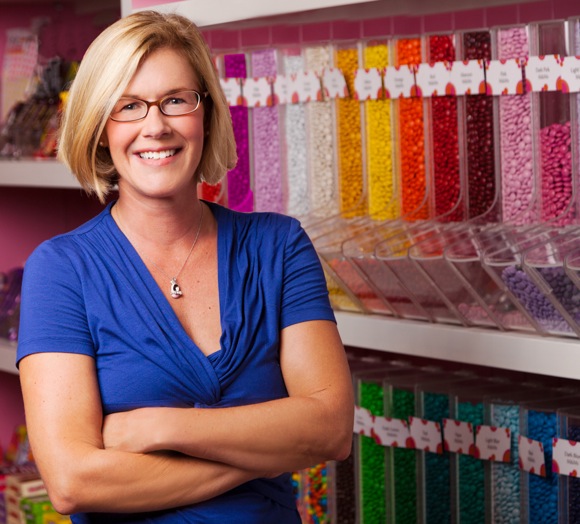 After a career in investment banking and venture capital, which included backing many consumer companies, Blythe Jack decided it was time to get some hands on experience, so she bought a toy company with a product aimed at tween girls.

The company is Cahootie with a product of the same name, theme-based folded paper games. The goal of each is to teach spelling and reading, heighten fine motor skills, and spark connections between players.

“Folder paper games have been around for generations, but by using the 40 different stickers that come with each theme, girls can customize their experience,” she says. “All the questions, dares, fortunes and challenges are created to build tween self esteem.”

After a decade and a half in finance, Blythe — who grew up in Palo Alto, graduated from Menlo School, and now lives in Atherton — is enjoying flexing her creative juices. She designs all the new product varieties herself, coming up with new titles and themes and also writing the copy.

“The learning curve was pretty steep coming out of the gate,” she says. “But I’ve loved the journey. After sitting in board meetings and waxing about strategy, it’s humbling and refreshing to be connected to a product.”

Back on the Peninsula after spending most of the past decade in San Francisco, Blythe is also getting plugged into local philanthropic efforts, donating Cahootie products to the Lucile Packard Children’s Hospital, Marine Science Institute in Redwood City, the Fit Kids Foundation and Haven House, to name a few.

“Tween girls tend to be alike in their interests, no matter what they’re demographic background is,” she says. “It’s refreshing to be involved in something so positive and to be able to give a little back as well.”

Cahootie products can be purchased locally at Cheeky Monkey in Menlo Park and Ambassador Toys in Town and Country Village, although availability varies.