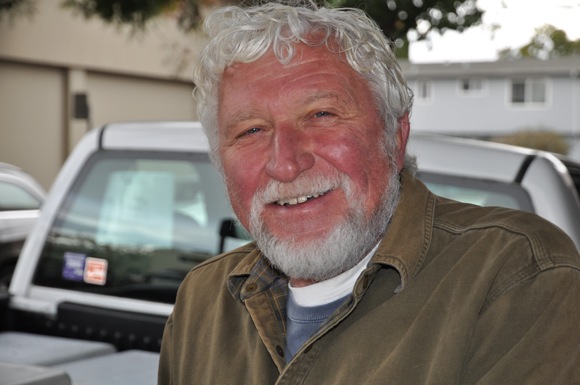 Pietro Parravano’s truck was at its usual place when the Menlo Park Farmers Market opened this morning but it was absent what’s become a key ingredient to local Thanksgiving dinners – Dungeness crab. “At this point, it’s all about solidarity,” said Pietro, whose boat the Anne B. is based at Pillar Point Harbor. “Certain wholesalers are not willing to resolve the price.”

“I think the last time this happened — when there was no crab for Thanksgiving — was in 1995.”

The local commercial crab season was set to start on Tuesday, Nov. 15 and run through June 30. The crabbers are asking for $2.50 a pound while the buyers are offering $2.00.

Pietro explained that the various ports — Bodega Bay, San Francisco, Half Moon Bay, Santa Cruz — meet daily on price negotiations and then confer with each other. “Now, in addition to the price disagreement, we have this series of storms coming. It’s not looking good, but then you never know.”

The next meeting will be on Monday.