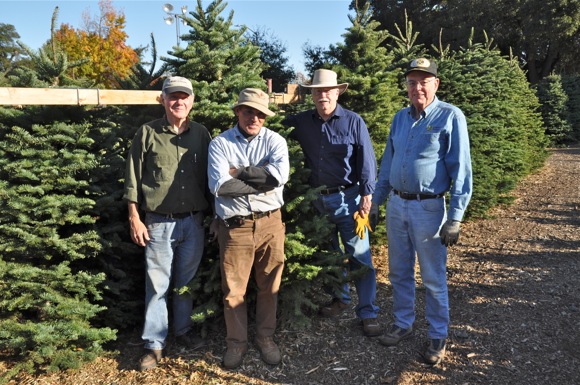 The Stanford/Notre Dame game last weekend delayed the opening of the Menlo Park Kiwanis Christmas tree lot but its now taken its familiar place on the Stanford campus adjacent to the stadium on El Camino.

Emails Kiwanis past president and lot organizer Doug Scott: “Kiwanis has had its Christmas tree lot for over 50 years, being in two Stanford locations during that half century. By using Kiwanis volunteers we have been able to produce income of over one million dollars, which has been ‘invested’ in the neediest charities in our local community, concentrating on the under served children.

“As an example, we have supported several improvement initiatives instituted by the Ravenswood School District. Over the last five years we have provided the district with $50,000  for these new programs.” 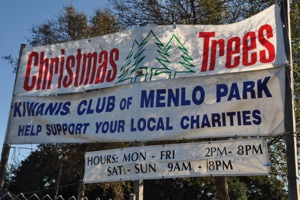 The trees sold on the lot come from the same tree company located in Oregon the Kiwanis have used over the years. “We acquire only the highest quality tree,” says Doug. “We’re on a first name basis with the staff.”

When we stopped by on this afternoon, Doug (far left) and other Kiwanis’ volunteers (left to right) — Mark Ghanbari, John O’Connor, and Lauren Mercer — were getting ready for the after work, tree buying crowd.