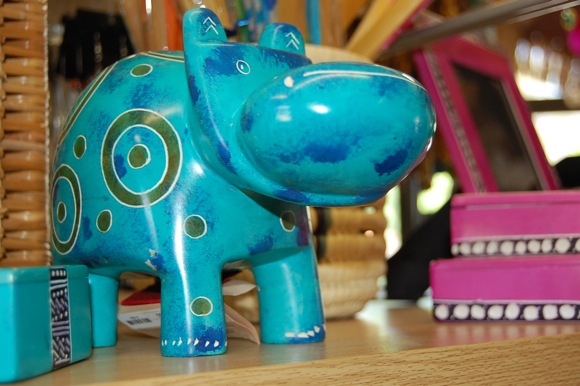 It’s a first for Menlo Pres,” said Jim Candy, a pastor at Menlo Park Presbyterian Church (MPPC).  “This church has never launched a retail store before, but this opportunity has so many positive aspects, that we just had to go for it.”

“We’re trying to accomplish several important things by opening Fair Trade Marketplace,” said Candy.  “We want to give the Peninsula an easy way to provide hope and dignity for the poor.  We want to allow easy, everyday access to fair trade products that can impact the world in positive ways.  We’re always eager to encourage foot traffic downtown, of course.  And, finally, we want to create a place where our congregants can serve outside the walls of the church.”

The new store’s shoppers will find a range of unique, fair trade products from many countries. Each one tells a story of human beings striving to overcome the powerful challenges of poverty, sex trafficking, HIV-AIDS and political conflict.

“When people buy Fair Trade Marketplace products, they’ll be partnering with the poor
and helping to empower them to make a difference in their communities,” said Robin Johnson Simpson, a volunteer serving as store manager.  “Living where we do, it’s easy to forget that, globally, 2.7 billion people live on less than $2 a day.  But, our congregation is passionate about this project, and a large group of volunteers has emerged to run the store.”

According to the International Fair Trade Association, fair trade is a trading partnership, based on dialogue, transparency and respect, that seeks greater equity in international trade.  It contributes to sustainable development by offering better trading conditions to, and securing the rights of, marginalized producers and workers.