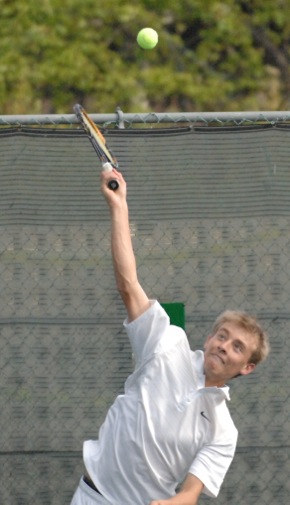 Menlo School junior Andrew Ball has won the USTA Bill Talbert Junior Sportsmanship Award for his honorable tournament play during the season. Chosen among all junior players nationwide, Ball is one of four winners who will be honored in a July ceremony during the International Hall of Fame weekend in Rhode Island.

Presented annually by the Board of Directors of the International Tennis Hall of Fame, the award honors four recipients are selected from the 17 sectional nominations of the United States Tennis Association awards committee.

“Andrew is a fierce competitor, yet at matches, he is always very gracious and makes good line calls,’’ Menlo coach Bill Shine said. “He plays the game the right way.”

Each winner is a junior player who exemplifies the finest qualities of sportsmanship in tournament play, as well as one who maintains the finest traditions of the great sportsmen/women of tennis, past and present. The award is given in honor of 1967 Hall of Famer Bill Talbert, who was regarded for his high standards of sportsmanship.