Ken Denmead, aka Geek Dad, wants science to be fun 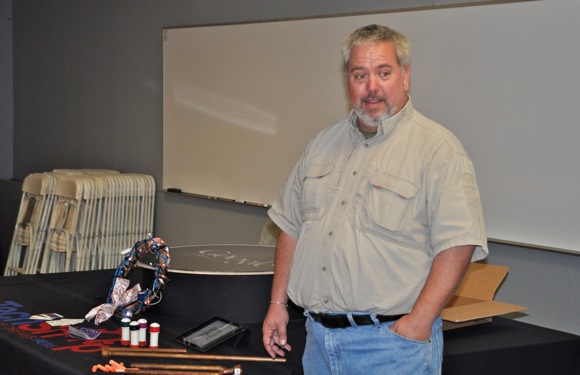 Wired Magazine’s Geek Dad, aka Ken Denmead, came to Menlo Park’s TechShop today, bringing  tales of how the world works from a cool science perspective, along with a Christmas wreath “made out of all the wires and cables you have around the house.” Or, to be more accurate, a house that’s occupied by a geek. 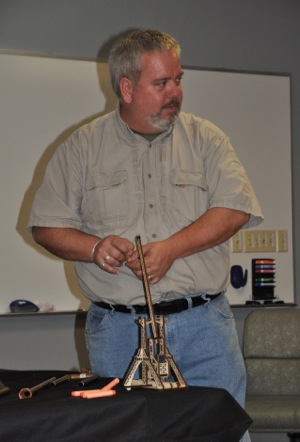 Denmead is the author of three do-it-yourself science experiment/project books, the most recent titled The Geek Dad Book for Aspiring Mad Scientists

. He’s an advocate of helping kids learn scientific concepts in a fun way. Among other things, the new book teaches kids how to:

“I conceived the projects with the point of view that I don’t know what’s in your garage,” he said. “Imagine, build, engineer on your own with the project descriptions as a starting point.”

In the photo above right, Geek Dad is explaining the mechanics of a trebuchet, a type of catapult that appeared in both Christian and Muslim lands around the Mediterranean in the 12th century, according to Wikipedia. It could fling projectiles of up to 350 pounds at high speeds over long distances. All to prove, being geeky and inventive is not new, but we knew that.