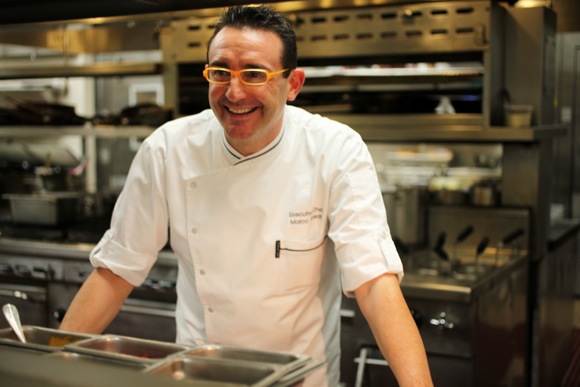 Menlo Park resident Nicole Neal invited us to stop by the nearby Four Seasons Hotel for the opening of a kind of in between — or transition — eating space.

“Intermezzo has been a work in progress for about a year now,” she said. “The bar and lounge are packed during the week. This new dining option offers small and shared plates, an alternative to Quattro’s full dining experience, and a transition between the bar and dining room.”

The new space’s Italian-inspired menu was created by Executive Chef Marco Fossati and features bites such as bruschetta, salumi and cheeses, small casseroles, pizza and panini. Diners are given the option of eating course by course, or having all the food brought at one time. 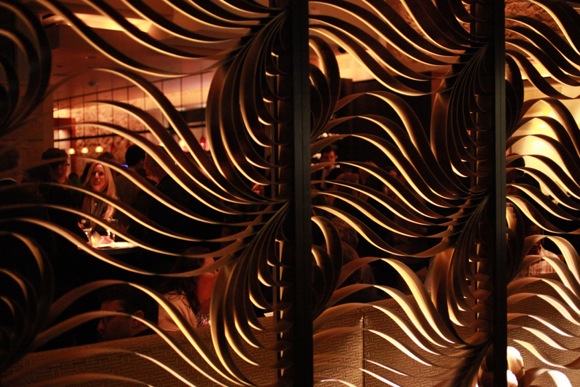 Intermezzo has been carved out of the main dining room, Quattro. The two spaces are divided by a distinctive steel and oak wood screen designed by artist Brad Oldman. “The Wave Activity Wall is aptly named in that Brad Oldham wanted to artistically reflect the range of activities in the hotel lobby and restaurant,” said Nicole. “When he looks at the piece, he thinks of how wave patterns occur in nature, including ocean waves, sound waves and light waves.”

Intermezzo is open daily from 2:30 pm to closing (usually around midnight), making it one of the area’s few late night dining options.