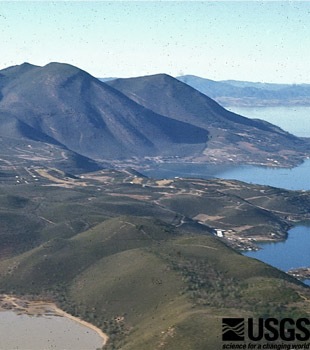 The U.S. Geological Survey has opened the California Volcano Observatory (CalVO) at its headquarters in Menlo Park with the purpose of increasing awareness of and resiliency to volcano threats in California.

“By uniting the research, monitoring, and hazard assessment for all of the volcanoes that pose a threat to the residents of California, CalVO will provide improved hazard information products to the public and decision makers alike,” explained USGS director Marcia McNutt. “This realignment is part of the USGS’s efforts to build the National Volcano Early Warning System, a prioritized modernization of USGS volcano monitoring enabled through the American Reinvestment and Recovery Act.”

CalVO replaces the former Long Valley Observatory, established in 1982 to monitor the restless Long Valley Caldera and Mono-Inyo Craters region of California. The creation of CalVO will improve coordination with federal, state, and local emergency managers during volcanic crises, and create new opportunities for volcanic hazard awareness and preparedness. The realignment of USGS Volcano Observatories will further facilitate collaboration with federal and state partner agencies including the California Emergency Management Agency and the California Geological Survey.

“California is the most geologically diverse state in the nation,” said Dr. John Parrish, the State Geologist of California. “We are known for our earthquakes, landslides and flood hazards. But our nearly forgotten hazard is our volcanoes.”