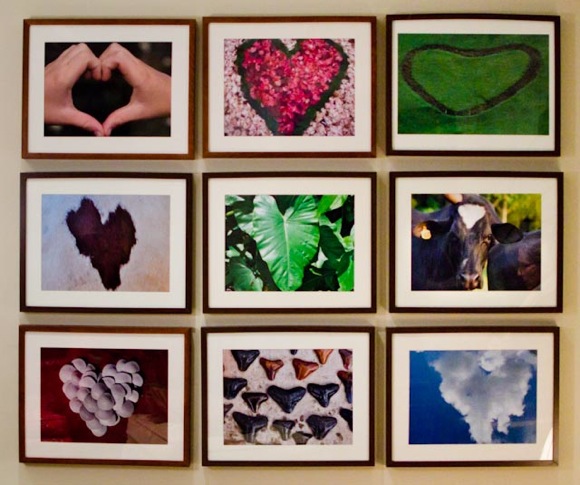 While it may be celebrated just once a year, Valentine’s Day is never far removed from Chrissie Kremer’s Menlo Park home — at least that part of the holiday personified by hearts.

An amateur photographer, Chrissie finds herself tripping over hearts wherever she travels, be it close to home, like the heart she recently spied in a patch of wet pavement, or a couple of cows spotted in Columbia, one with a heart on its face, the other with a heart on its side. 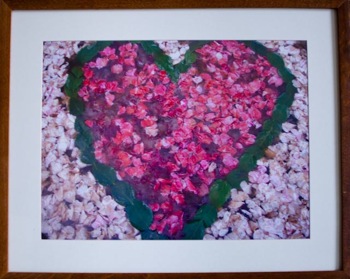 “It started in Bali,” she recalls. “I saw a fountain in front of a store that had flower petals in the shape of a heart (photo, right). On that same trip, my kids made a heart out of sand.”

Only two of the nine heart photographs that hang in her living room were staged, the rest can all be classified as “found art” — or better stated “found hearts.”

“I created the Sand Dollar heart image and photographed my son’s hands making a heart, but otherwise I’ve just stumbled upon the heart shapes, or drew inspiration for a heart photograph I later took. For example, the heart-shaped sharks’ teeth come from Florida where my stepmother lives. The heart on a hillside was photographed in Costa Rica.”

Chrissie, who shoots with a Nikon D90, refuses to acknowledge there’s either method to or a talent exhibited via her heart series. “It’s fun and makes me keep my eyes open!”