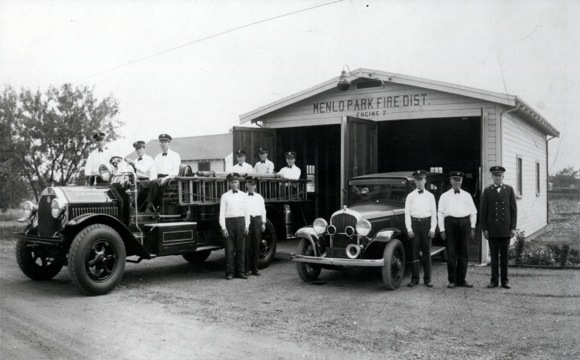 The Fire District first began operations in East Palo Alto in 1922 and supported the Ravenswood Volunteer Fire Company by renting a home for $10.00 a month located at
Manhattan and University Avenue. The District purchased a home near that location
in 1931 until Highway 101 was widened in 1956 and the Station was moved to its current location at University and Runnymede.

Fire Chief Harold Schapelhouman says the District has worked towards the Station 2 replacement for the last decade, at first searching the entire community for a new location but eventually determining that its current location was both strategic and cost effective.  In order to support an expanded modern facility, the District  purchased two residential structures behind the current station and recently demolished them to make way for the new facility. Costing an estimated $7.6 million, the new Fire Station is scheduled to be completed in December of 2013.

Fire Station 2, located at 2290 University Avenue was built in 1956 and is one of seven fire stations operated by the independent Fire District. Four of those stations were built in the 1940’s or early 1950’s and are in need of replacement, according to the Fire Chief, because the nature of the Fire Service and emergency response has evolved. At one time, the vast majority of the District’s duties were related to fighting fires. Today, over 63% of the calls in the District are emergency medical incidents while less than 3% involve fires. 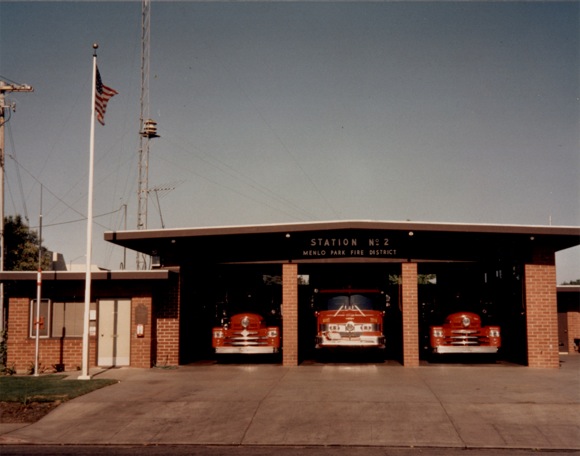 MPFPD provides emergency services to 100,000 residents who live in the town
of Atherton, cities of East Palo Alto and Menlo Park and portions of unincorporated San Mateo County. District headquarters and Fire Station 1 are located on Middlefield Avenue in Menlo Park.