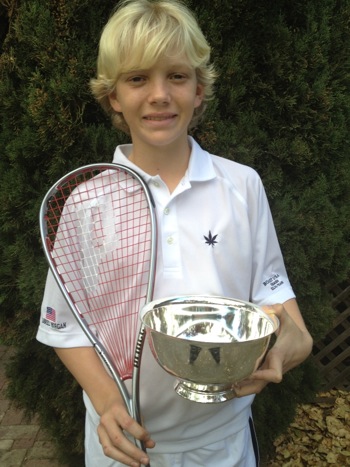 Playing in front of packed grandstand at Yale’s Brady Squash Center, Gabriel competed in the Boys U15 division and was undefeated in five straight matches en route to his first national title. In the championship match, Morgan defeated Timmy Brownell of Belmont, MA in four games by scores of 11-7, 11-4, (6-11), and 11-5.

A member of the U.S. National Junior Team, Gabriel is the #1-ranked squash player in the U.S. in his division and regarded as one of the top junior squash players in the world.  A member of The Olympic Club, he’s the very first junior from the state of California to be crowned a National Champion in squash. An 8th grade student at St. Raymond School, Gabriel is also an elite tennis player and hopes to play tennis for Menlo School next year.