Author talks about building of U.S. Capitol on April 3 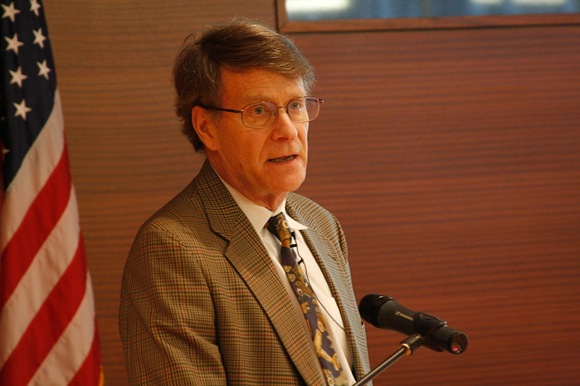 Menlo Park resident Timi Most has arranged for an author friend of hers, who is making a swing though the Bay Area, to speak locally. Emails Timi:

“My friend Guy Gugliotta will discuss his book Freedom’s Cap: The United States Capitol and the Coming of the Civil War. He’s a great storyteller and it will be an engaging evening. You will hear the fascinating story of the design, engineering and construction of the U.S. Capitol building during a time of heated politics, sectional conflict and imminent civil war. Filled with larger-than-life characters like Jefferson Davis, future president of the Confederacy, Gugliotta’s tale is ‘a historical gem’ (Publishers Weekly, starred review).”

Gugliotta will appear at Christ Church (815 Portola Road, Portola Valley) on Tuesday, April 3 at 7:00 pm. A reception will follow. The event is free and open to the public.

A resident of Pelham, NY, Gugliotta is an award-winning journalist and author who had three writing lives: a foreign correspondent in Latin America, a congressional reporter in Washington, D.C., and free lance science writer. He has written for the New York Times, National Geographic, Wired, Discover and Smithsonian. He is the co-author of Kings of Cocaine.