Cyclists rewarded with bagels, bananas and bags on Bike to Work Day 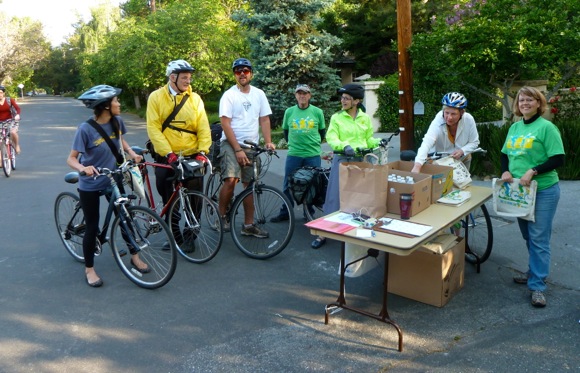 As they’ve been the past few years, Menlo Park residents Bernadette and Kevin Callahan (wearing 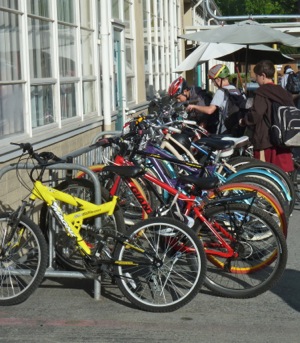 green t-shirts) were stationed at the end of San Mateo Drive by the bike bridge handing out bagels, bananas, bags and bottled water to cyclists headed to work. They were one of nine such stations scattered around town as part of Bike to Work Day, in which people and kids are encouraged to leave the car behind and pedal to work. Whether the bike racks at Hillview School were any fuller than usual was difficult to determine.