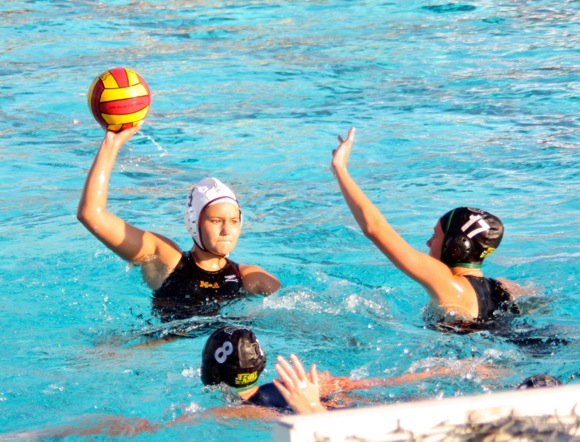 Editor’s note: Among the Menlo-Atherton High School seniors who are graduating today, a couple dozen will continue their involvement with sports in college, many with the assistance of athletic scholarships. We’re offering the first of their stories today, thanks to M-A Bear News reporter Lindsay Keare. The stories offer a glimpse of how students balance athletic and academic goals when making their college selection. We’ll offer additional student athlete stories over the summer. Photos are all courtesy of the student athletes.

Marie Charlotte Popp will be playing water polo at UC Davis after choosing the school because of her dream to become a veterinarian. She was accepted into its animal science (Pre-Vet) program, one of the best in the country. Although the recruiting process was not completely smooth sailing for Popp, it “was pretty amazing because it allowed me to see different playing styles and expand my horizons.” 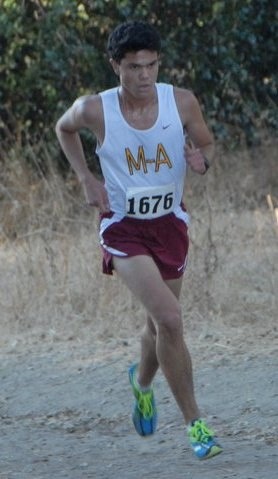 She is not too worried about playing in a competitive environment because “it’s all in your head. You decide how hard you’re willing to work and what you’re willing to sacrifice to improve.” Even though she won’t have the opportunity to play much as an underclassman, Popp intends to give the older players “a run for their money.” Despite her love for the sport, Popp won’t be able to play much once she enters grad school because she’ll “need that time to study.”

After getting into the University of Pennsylvania, Jack Beckwith decided to run cross-country and track, both Division 1. His decision “was based almost entirely on the academic opportunities available at Penn.” Because Beckwith is planning to enter a business-oriented profession, “Wharton (Penn’s business school) pretty much sold itself.” Although he went on an official visit to Washington University in St. Louis and contacted other coaches, Beckwith “wanted to make the decision independent of anything a pushy coach would say.”

While Beckwith is “somewhat concerned about balancing academics and athletics,” he hopes that the freedom running provides will be able to act “as a release outside the classroom.” Even though he probably won’t run professionally, running will always be a hobby for Beckwith, who may race in marathons in the future. 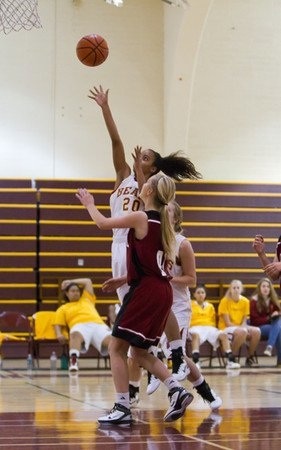 After looking at schools all across the country, Court Roache decided to play basketball at Mission College in Santa Clara. She plans to spend her two years at Mission improving her skills before hopefully transferring to Howard University in Washington, D.C.

Both the coach and the atmosphere at Mission impressed her, so she is confident that Mission will prepare her well for playing basketball at the next level. Although she says that she is not relying on basketball as a career option, she says “If the opportunity approaches, I’ll sure take it.”