In conversation with Paul Bendix about his book Dance Without Steps 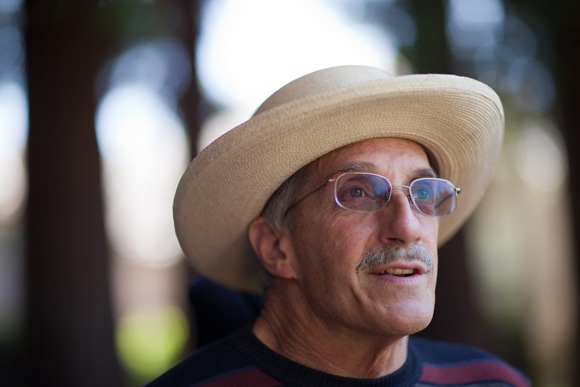 While Menlo Park resident Paul Bendix maintains a blog, the idea of putting his story into book form initially seemed daunting. But, a chance meeting with author Erik Larsen, author of A Nation Gone Blind, propelled him forward, much like the wheelchair he’s used since being mugged and shot in the spinal cord at age 21.

“Eric and his wife Ann, who’d edited Kirkus Review, were putting together a little press [The Oliver Arts & Open Press], and they urged me to pull some of the postings together in book form,” recalled Paul, as we chatted under the Fremont Park redwoods. “Just assembling the essays was liberating. I could put the chapters in the order I wanted — it didn’t have to be chronological!”

Paul has long chronicled the emotional, social, and practical challenges of living with disability. But, anyone thinking his book Dance Without Steps: A Memoir is a downer is mistaken. Paul’s considerable wit is as evident in print as it is in person. 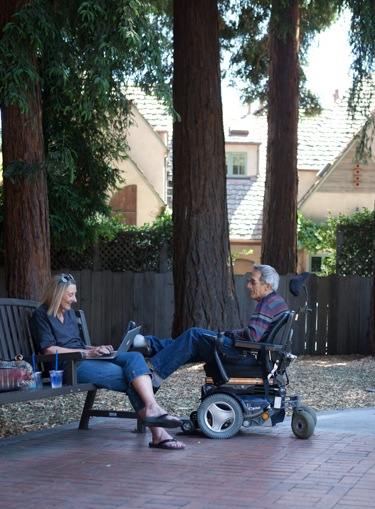 Active in the disabled rights movement — he worked for several years at Berkeley’s Center for Independent Living — and an avid gardener and traveler, Paul said he’s now in his “book phase.”

“I’m in the book selling stage of my life,” he said, adding, “But there’s no big imperative that I do anything. If it gets tiring, I can just slow down.”

Asked if he is pleased with his completed memoir, he answered, smiling: “I’m never pleased with anything but I’ve let it go!”

Paul will discuss Dance Without Steps on Saturday, June 16 at 11:00 am in the Menlo Park City Council Chambers, 701 Laurel Street. The free event is supported by the Friends of the Menlo Park Library. Copies of the book will be available for purchase and signing after the talk.  Free wheelchair accessible van service is available for Menlo Park area seniors and people with disabilities; call 330-2512 for van reservations.

What else is Paul Bendix thinking about these days? In addition to fretting that his lettuce “is dangerously at its peak” and that his garlic “is about to keel over,” he’s worried about how underused and under-marketed the Menlo Atherton Center for Performing Arts is. “It’s such a wonderful acoustic space, I wish the City would figure out a way to better utilize it.”