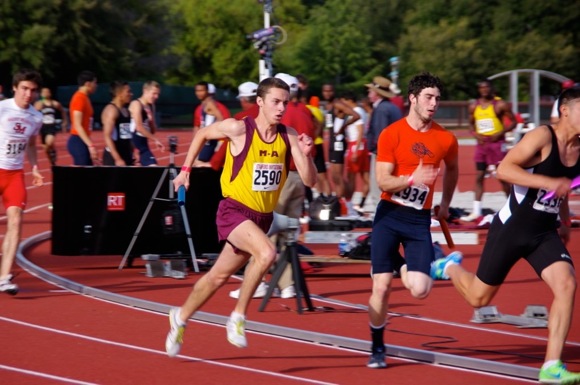 Jordan Scandlyn, a member of both M-A’s cross country and track teams, will continue both at Pepperdine University. He decided to attend the college in Malibu because he “felt it had a good balance between social life, academics, athletics and spiritual life.”

The process was not too stressful for Scandlyn, since he was recruited by his two top schools – Pepperdine and Wheaton College. He also received letters from the Claremont Schools, Puget Sound, Redlands and Wesleyan. Pepperdine has a small running program, which means that it will not be quite as competive as the Division One schools in the country. When asked whether he will continue his sport after college, Scandlyn responded, “I will never stop running.” 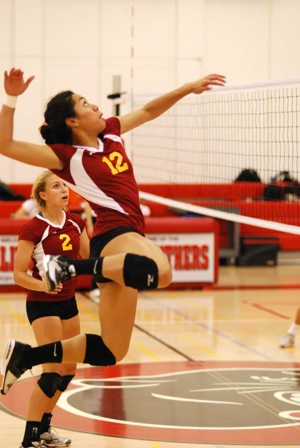 Seini Moimoi, a four-year member of M-A’s varsity volleyball team, is continuing her sport at The University of Mississippi. She chose Ole Miss for many reasons, including the fact that “the coaches are some of the most caring and passionate people of the game that I’ve ever met.” Additionally, “the whole volleyball program has a family feel to it.”

She also loves that Ole Miss has great school pride and  that the school treats its athletes well. Even though the recruiting process was a stressful for Moimoi, she says that it was still “a cool experience to talk and meet a lot of coaches and scouts.” She’s not sure exactly what to expect in the fall, but knows that playing volleyball at a Division One level will take a lot time. Training and summer classes start on July 1st, so Moimoi will find out very soon.

Catherine Carpenter looks forward to blend of athletics and academics 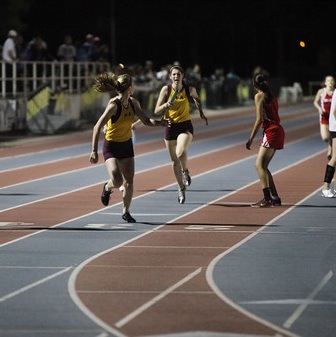 Catherine Carpenter, an integral part of M-A’s track team, will be running next year at Colgate University in New York state. She decided to attend the school primarily for its academics, but also for its track program. Since Carpenter decided to express her interest in running only after being accepted, the recruiting process was fairly simple for her.

Upon receiving her acceptances, Carpenter talked with the coaches, gave them her times, and eventually chose Colgate because “it seemed like the best fit.” Although UCSD heavily recruited her even before applications were due, she decided that running there would be too intense for her. Carpenter is more excited than worried to continue running in college, and plans to continue running for pleasure even after she graduates.

Being a former high school teacher I’m happy to see that excellence continues. But I found myself wondering about their high school coaches.