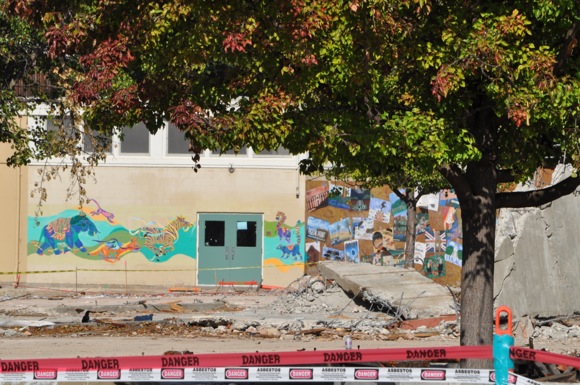 Aside from the many graduates of Hillview School dating back to the days when it was a K-8, there was concern from more recent graduates about the demolishment of the many murals that graced the school’s corridors. It appears that at least a few will be saved, those on the buildings that will be incorporated as part of the new campus that will make its official debut in late August.