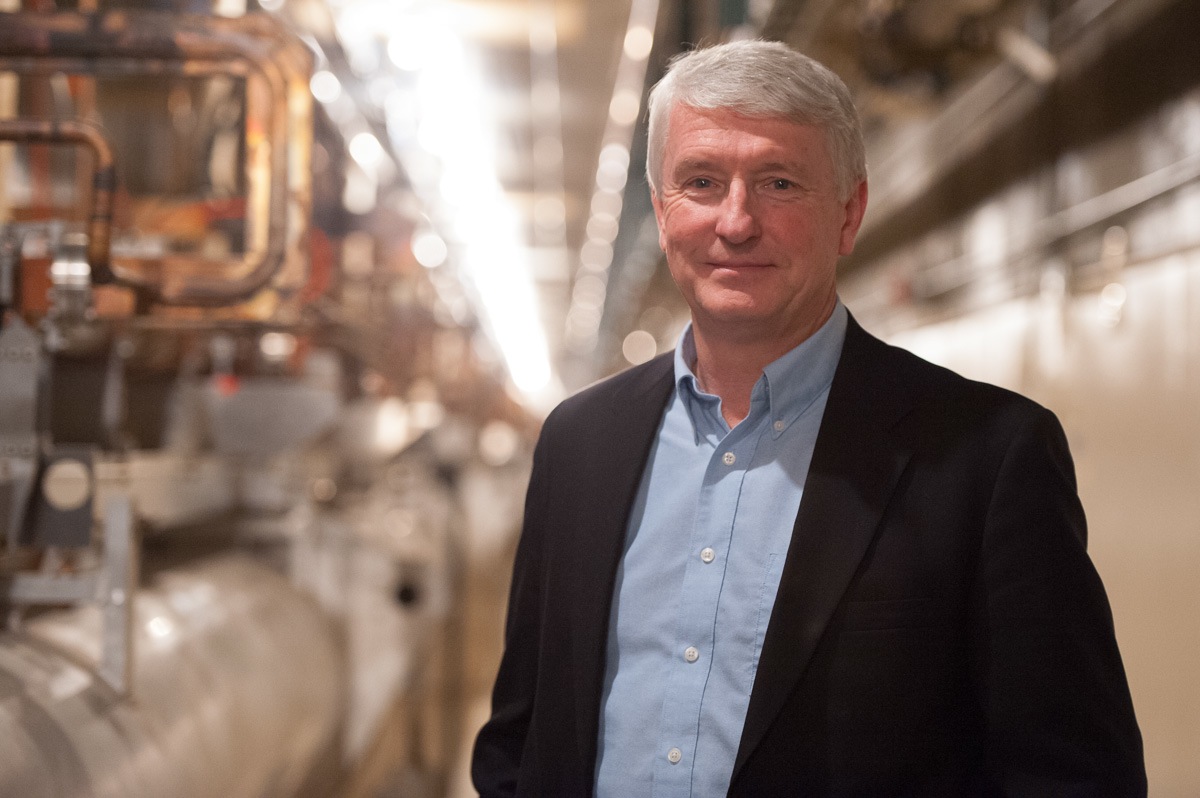 John Seeman likes to keep a low profile. But during his 30 years at SLAC in Menlo Park, he’s played important roles in several very high-profile projects: from the Stanford Linear Collider to PEP II to FACET, the Facility for Advanced Accelerator Experimental Tests. His work on PEP II earned him the 2004 Robert R. Wilson Prize for Achievement in the Physics of Particle Accelerators, an award he shared with his Japanese counterpart Katsunobu Oide. When you discover what you love in the fifth grade and then pursue it with quiet determination for the rest of your life, you can accomplish a lot.

Tell us how you discovered physics.
JS: I grew up as a farm kid in Iowa – my parents farmed corn and soybeans. The farm was fun because my dad would go to farm sales and bring home lawnmower engines and we built go-karts and huge kites. When I was in fifth grade, I wrote a report on atoms, and I just started thinking about it. I did pretty well in school, so I followed that line of study.

Where did you follow it to?
JS: Iowa State. Iowa State was an eye-opener for me. I got to see all the sciences and engineering. A professor at Iowa State named Frank Peterson mentored me in particle physics and brought me into his experiment at Argonne National Lab. I did Monte Carlo studies – I’d simulate a pion coming in and scattering off a proton. That was a big jump – from being a farm kid one year to simulating high-energy physics the next.

How did you decide to specialize in accelerator physics?
JS: Frank was originally from Cornell, and he suggested that I apply there. Karl Berkelman and Maury Tigner were my mentors at Cornell during my graduate student days. Maury enlisted me in the task of designing and building the injection system into CESR, the Cornell Electron Storage Ring collider. I built transfer lines and injection kickers into the ring.

That was my thesis topic: design it, build it, make it work. My hardware is still in use there today.

After we made it work, I worked on the beam-beam collisions at CESR. That’s how I got my job here. John Rees heard one of my talks, and John and I talked for about 40 minutes afterward. He invited me out here, and I arrived at SLAC in December 1982.

Share some of your history here at SLAC.
JS: First I worked on SPEAR and PEP collisions, but my primary job was the Stanford Linear Collider, upgrading the linac and then commissioning and operating the collider. Then I helped design, build and operate the PEP II electron-positron collider, which had the world’s record luminosity for several years. It still holds the world record for electron-positron beam currents in a ring.

You also teach at the U.S. Particle Accelerator School, correct?
JS: I have taught at several Accelerator Schools, and my students have gone on to pretty good jobs here at SLAC or elsewhere in the particle physics community. I haven’t supervised graduate students, though, as I am not on the faculty. I’ve been quite busy making our machines work.

Too busy for a personal life?
JS: My wife Nancy is a physicist too – I met her at Cornell where she got her master’s in physics and now she teaches at Foothill College. When I come home late, she knows what I’ve been doing.

Nancy and I do like to travel and hike. This year we hiked the Kalalau trail on Kauai and a section of the Grand Canyon. And when we travel, I have a camera with me.

Any children?
JS: A boy and a girl, both electrical engineers with advanced degrees. Now my daughter is in the Stanford Business School. She’s discovered that women in business have more clout if they have a business degree.

Did you bring home lawn mower engines to work on when they were kids?
JS: Oh, we had all these projects going on in the garage. My son was in Boy Scouts and my daughter was in Girl Scouts. He made Eagle Scout and she got the Gold Award, the highest award in Girl Scouts. They’d bring home projects from school, and we’d go into the garage and put things together.

They both know how to use all kinds of tools and they’re pretty handy. It’s been good for them later on – they can just jump in and get stuff done.

Where do you see the future of accelerators going?
JS: I think accelerator science has a great potential to help society. And there are plenty of advances still to come for accelerators. There are still plenty of things to do – plenty of machines to design.