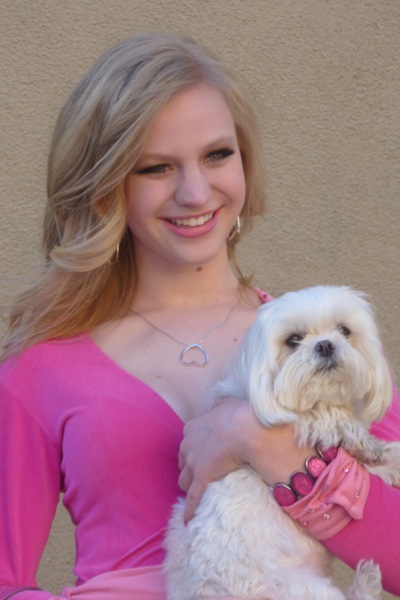 Based on the book by Amanda Brown and the movie featuring Reese Witherspoon, the musical is a true underdog story in which Elle must charm her way into Harvard Law School in order to re-win the heart of her boyfriend, who broke-up with her because he wanted to start a serious life. Elle, of course, struggles with professors and peers, but is on a mission to prove herself to the world.

“Elle is not a two-dimensional character,” says Berggren. “She is a real person who is determined and loyal. It’s been a blast to play her so far!”

This will be Berggren’s sixth show at M-A. She has previously been cast in The Tempest and Once Upon a Mattress, to name a couple. This summer, she plans on auditioning for a musical as well as taking a variety of tap, jazz, and ballet classes. She is not sure what college she will be attending next year, but plans on majoring in musical theatre.

Along with Berggren, others featured in the musical include Josh Weiner as Emmett Forest, Thomas Johnson as Warner Huntington III, and Elinor Carter Walne as Paulette. the dog playing Bruiser is really named Bubbles.She belongs to the Kiani family whose daughter attends M-A.  “She’s a Shih Tzu and super lovey dovey,” says drama teacher Debra Zwicker-Sobrepena.

Berggren is most excited about “working with an amazing cast and crew and singing amazing songs from the musical!”

All tickets will be $8 for students and seniors and $12 for adults. Tickets can be purchased online or  bought at the door at the Menlo-Atherton Performing Arts Center (PAC). Show times are listed below: