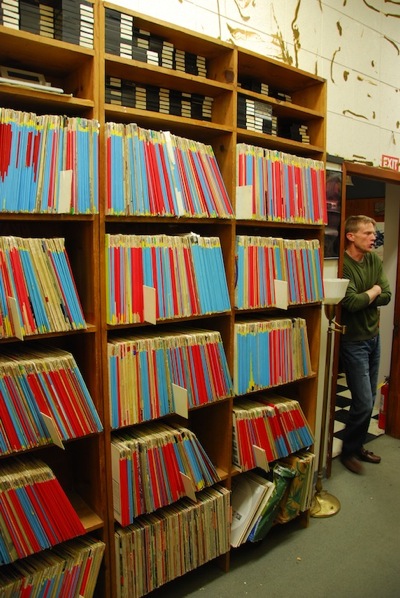 It is 8:00 pm on a Wednesday night at Menlo-Atherton High School and most staff members are long gone, leaving only a few janitors on campus to clean rooms. However, those passing through the B-Wing can hear the voice of John Mylod (pictured right) through the door of the studios of KCEA, Sequoia Union High School District’s very own radio station. Mylod keeps listeners updated on the latest in the Peninsula Athletic League on “Inside the PAL,” now in its 16th year, making it the Bay Area’s longest running high school sports radio show.  When Mylod is off the air, KCEA becomes the Home of the Big Bands, playing the best big band music of the ’30s and ’40s.

Few students from M-A are aware that the station exists behind the door adjacent to the Guidance Office, and only one student from M-A participates in the studios. Mentions of KCEA on campus often prompt responses like, “What radio station?” Grant Stewart, a junior, had heard of the radio station at M-A and asked his guidance counselor, Jason Kubo, if there was any way for him to become involved with broadcasts at KCEA.  “Mr. Kubo made the call for me, and I was in,” said Stewart.  Through his volunteer position, Stewart has learned about the inner workings of a radio station, from running the soundboard to sitting behind the microphone during “Inside the PAL”.

The station came to be in 1967 when members of the AV club found sound equipment and a turntable used for intra-campus broadcasting.  With this equipment, students Bruce Coblentz and Ray Duhem started a private lunchtime radio station called “Spectrum 5”, broadcasting music on campus during lunch hour.  As the private station grew in popularity, new DJs joined the schedule and Menlo Park merchants began to advertise and offer support. 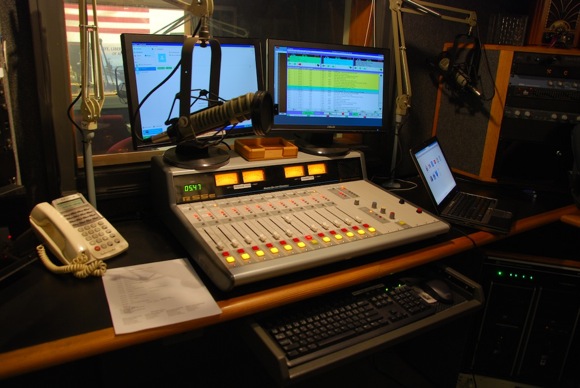 The station gained FCC status and began public broadcasting on 89.1 FM with the call sign KMAH in 1979 under the guidance of the school’s AV manager, Frank Spinetta.  In the early eighties, a student came up with the idea of broadcasting a recording of the ocean he made during evenings, “trying to put listeners to sleep.”  The station gained national recognition for the practice in newspapers and staff members were interviewed on Good Morning America.

KMAH played Top 40 Rock until the early 1980s when students began to have difficulty securing funding for equipment and records.  To bring in a new audience that might be more likely to donate to the station, the station added Broadway songs to the playlist and the Golden Oldies program hosted by Dan Del Fiorentino. Del Fiorentino became program director and the station changed formats, becoming a Big Band and Swing station called KCEA, “cea” referencing the sounds of the sea still aired by the station.  As KCEA grew in popularity, donations increased and artists like Cab Calloway and Lionel Hampton supported the station. 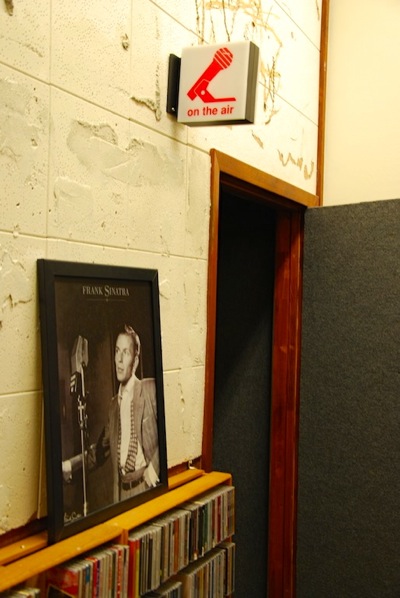 Michael Isaacs, a radio and TV teacher at College of San Mateo, was hired in 1995 as General Manager of KCEA. Isaacs chose to keep the Big Band format, as he said, “it is the only format which is supported by the donating public.” Mylod was a student at CSM at the time and part of his broadcasting course with Isaacs involved an on air shift at KCEA. For six months, Mylod spun Big Band records every Friday before he was given a slot for high school sports in 1997.  Mylod currently has three students who help in the studio, discussing high school sports while learning about the running of a radio station.

KCEA remains an unexplored opportunity for many students interested in broadcasting, however.  The privilege of having accessibility to an FCC approved station is not to be underrated.  “We’ve got an actual frequency,” explained Mylod. “We’re on the radio in your car. Even San Francisco State doesn’t have its own frequency. It’s all online. A lot of these other high schools, they’re doing games now, but it’s all online.”

Mylod is always looking for new staff members and says, “they don’t necessarily have to be sports fans…if four kids got together and they wanted to have their own show on politics, and they treated it professionally, and they had an outline each week, we could do a show like that.”  For students more interested in working behind the scenes, KCEA has offers a number of opportunities as well. “There’s engineering, there’s producing, there’s promotions, there’s all sorts of stuff that isn’t actually talking on the air…learning how to run a board…getting live interviews, these kids learn how to do everything,” explained Mylod, a 1987 graduate of Sequoia High School. KCEA’s student alumni can be found around the country, with students continuing their interests in broadcasting at colleges like Oregon, UCLA, Cal, and Northwestern.

KCEA is automated most of the time, with live musical programs from 7:00 to 9:00 pm Mondays and Thursdays, available online or at 89.1 FM. KCEA has a small following, and a Google Search on the station reveals glowing reviews from listeners on Yelp, praising the Big Band music selection so rarely found on radio dials today. Complaints are limited to the range of the station, which broadcasts at a relatively low power of 100 watts, compared to a station like “Live 105” (KITS), broadcasting at 15,000 watts. With a lack of student awareness and decreases in educational funding, KCEA’s future lies in jeopardy, claims Isaacs.  Students can help by increasing awareness of KCEA, tuning in, or volunteering their time in the studio.

I was excited to read a current article about KMAH/KCEA. I worked there from 1980 to 1983. I stopped-in occassionaly in the mid and late 1980s. Much of what is in the article is correct, but there are some errors. I am not sure with whom Mr. Martin spoke. I note, none of the people I knew are named with the exception of Frank Spinetta.

Thanks for reading Peter! I spoke to Michael Isaacs, the current General Manager of KCEA, to gather information. While I had hoped to have the chance to speak with Mr. Isaacs, he instead directed me to KCEA’s corresponding Wikipedia page, telling me all of the history was correct. While this was far from the depth of history I had hoped to uncover, I made due with what I had. Isaacs also led me to John Mylod who recounted his history with KCEA. To address your other concerns, I tried to include every name I could in the article, but I simply did not have any way to identify everyone who had worked for the station over the years. As for errors, please feel free to share any corrections or suggestions. Thanks again!

Thanks for a very interesting article. I listed to KCEA online at work Mon-Fri, and love the music they play.

Great, great music. And I make certain that all of my ‘golden-ager’ friends

are aware of this station! I’ve listened to it ever since my son was a student

Found you station recently on FM2 on my car radio. Makes it such
a pleasure while driving. The signal is weak but that doesn’t matter.
I occasionally dig out my 78rpm records when I need nostalgia so
hearing the music of the 30’s & 40’s is so enjoyable when I’m on the road.
Would like to hear more of Stan Kenton, Earl Spencer and Alvino Rey.
Thanks loads,
JOHNNY

Can anyone tell me whether KCEA is still on-air please? I cannot make a connection online, for nearly a week now (I have been away for a few months before that), and am missing the beaut music you play!