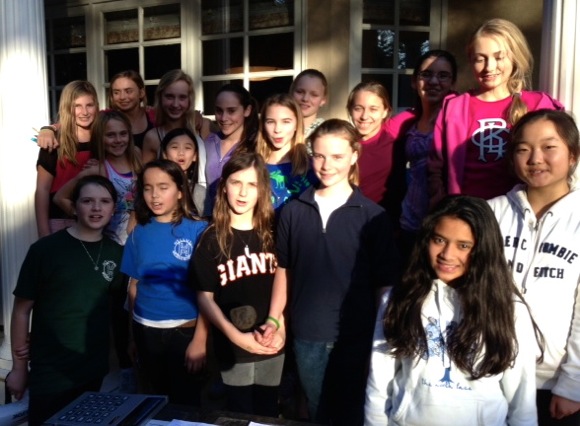 Girl Scout Troop 33166 and friends from Hillview Middle School staged a movie night recently to raise money for Free the Children, an international charity with more than 1.7 million youth involved in programs in 45 countries. Over 50 people watched the movie The Blind Side outdoors in a big backyard in Atherton. Three large pizzas were  donated by Tony’s Pizza in Menlo Park. The Troop chose to donate the money raised to provide clean drinking water for people in India.  $10 provides clean drinking water for one person for one year, so the $600 the Troop raised can help 60 people for one year.  The Troop plans to hold a similar event again.

It was sooo fun! Im in that picture somewhere!