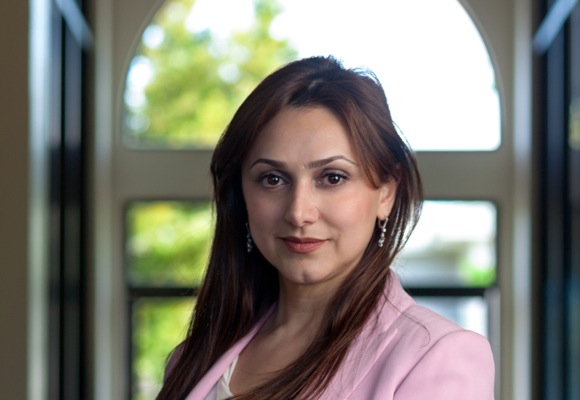 Modest in size and appearance and made more than 2,500 years ago, the Cyrus Cylinder continues to be hailed as an international symbol of tolerance and justice.

Thanks to Atherton resident Bita Daryabari (pictured above) and her husband, Dr. Reza Malek, along with Tina and Hamid Moghadam in collaboration with the Public Affairs Alliance of Iranian Americans, the Cylinder will travel to the Asian Art Museum in San Francisco as part of an exhibit titled, The Cyrus Cylinder and Ancient Persia: A New Beginning. 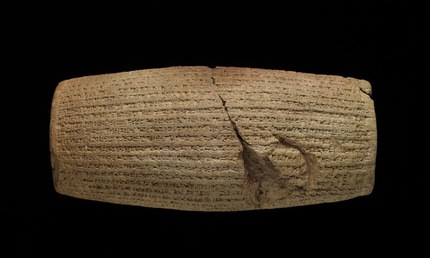 The Cylinder, on loan from the British Museum,  is on its first U.S. tour and will be on view  Aug. 9 to Sept. 22, 2013. The exhibition also includes 16 rare artworks from ancient Persia (Iran) during the Achaemenid period (550–330 BCE), providing a context for understanding the Cylinder’s cultural and historical significance.

“I am honored to share in this rare privilege of bringing one of the Persian culture’s most cherished relics to the world at large,” said philanthropist and entrepreneur Bita Daryabari. “It is a proud element in the history of all Iranian Americans due to its ties to King Cyrus. The hope, inspiration and significance of this ancient artifact are the cornerstones for all free-thinking societies, and the Asian Art Museum is a befitting host.”

Dating to 539 BCE, the Cyrus Cylinder — one of the most famous surviving icons from the ancient world — was uncovered in 1879 at Babylon (in modern Iraq) during a British Museum excavation. The Cylinder was inscribed in Babylonian cuneiform script on the orders of the Persian king, Cyrus the Great (ruled 559–530 BCE), after he captured Babylon in 539 BCE. It is often referred to as the first bill of human rights, as it mentions Cyrus’s return from Babylon of deported peoples to their homelands and his encouragement of freedom of religious practice.

Further information about the Cyrus Cylinder and it’s first tour of the U.S. is available online.