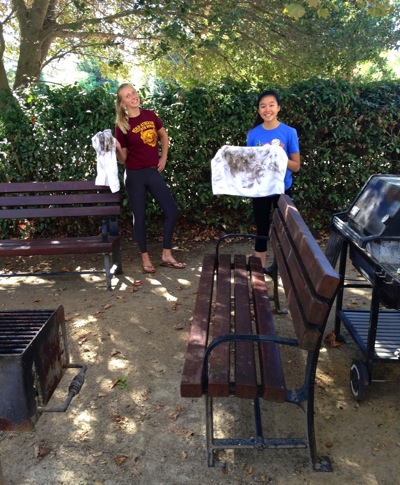 Emails Vicki Knapp: “The Menlo-Atherton Girls Varsity Volleyball team left the gym courts behind last weekend and headed to Shelter Network’s Haven Family House in Menlo Park. The players wanted to show their appreciation for all the support they have received from the community this season and spent the afternoon spiffing up the premises. The Bears currently lead the Pacific Athletic League Bay Division with a record of 6-0.”