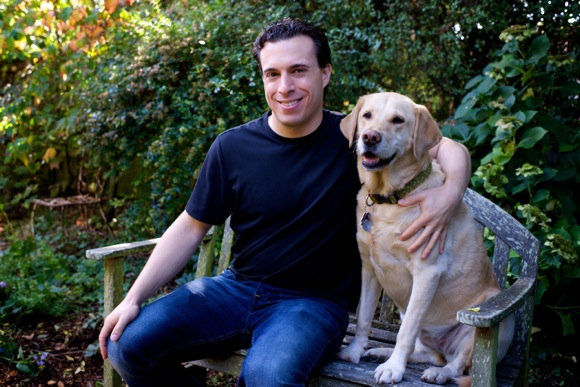 Avi Tuschman’s formative years ring out a familiar trajectory: Oak Knoll Elementary, Hillview Middle School and Menlo School. “For college and my doctoral degree, I went to Stanford,” he said, “so I’m a local boy through and through.”

Local boy he may be, but from an early age, it was the unfamiliar and far away that captured Avi’s attention. “I think my interest in Latin America began when I started playing competitive soccer. I joined a local CYSA team, and a lot of the other players didn’t speak very much English at the time, so I had to learn Spanish,” he said. “I became curious about where they came from and I was adventurous, so I looked for ways I could travel and see Latin America.”

After graduating in 2002 with a degree in Cultural Anthropology from Stanford, Avi embarked on what he calls “the intellectual adventure of a lifetime.” It began with a move to Peru for his first job. “I was recruited as the youngest advisor in the government palace at the age of 23,” he said.

While traveling around Peru, Avi encountered radically different political perceptions and huge political polarization. “I came face to face with these conflicts and political extremism for the first time in my life, and I was just shocked that some people’s idea of good was other people’s idea of evil. At the time I was just trying to understand what was going on. It began as a search for truth,” he said.

Later, while living in the Middle East, Avi says he again witnessed deeply entrenched conflicts up close. “I pinpointed the same underlying problem: people were seeing the world through systematically distorted lenses. I decided then and there that I’d have to look for scientific answers to the puzzle of political orientation.”

That decade long exploration culminated this past September with the publication of Avi’s book, Our Political Nature. He’ll be in Menlo to talk about the book at Kepler’s this Thursday, October 24 at 7:30 p.m. He’ll also appear at Stanford University on October 25 at 1:15 pm.

While the genesis of the book dates to another place and time, Avi says his research is uncannily relevant to the here and now. “I never expected that political polarization in our country would rise to the dangerous and divisive levels that we’re experiencing today,” he said. “A vast chasm seems to separate people on the left from people on the right.”

According to Avi, Our Political Nature is the first book to reveal the science underlying the left-right divide. In examining the question of political orientation, Avi says he drew new insights from genetics, primatology and neuroscience. “It’s a great mystery, a wonderful puzzle that has many different layers,” he said. “My central aim isn’t to take sides or to push people to the left or to the right. It’s to illuminate and to push the public debate on to a much deeper and more objective plane.”

Working as a political anthropologist in Washington DC, Avi is now tucking the book launch into an already busy schedule. Having recently logged book reviews and interviews with The Economist, The New York Times and MSNBC, along with book talks in Washington DC and New York, Avi is particularly gratified to be back in the Bay Area. “It’s a really nice feeling to finally share this research with people and hear their feedback, and I’m sure it will be even more meaningful to do that at home in Menlo Park, with all of our family and friends and the local community,” he said.

That includes his parents, Jana and Mark Tuschman. “Even though I took a kind of unusual path that may not have always seemed like the most sensible one, my parents were very supportive both with my education and during the actual writing of the book,” he said. “There’s no way I could have done this project without years of their support, so I’m eternally grateful to them.”

I am happy to know that your parents were very supportive in your writing of the book. Congratulations for your academic endeavors. I am also very proud of my niece Cecilia Sedano. She is the daughter of my brother German.