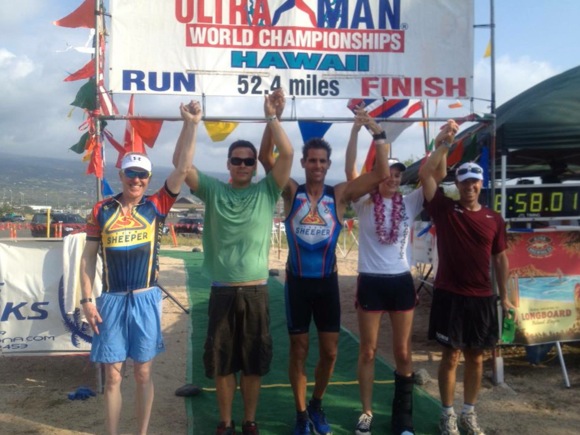 “Well, that was hard.” said Tim Sheeper as he crossed the finish line in Kona, Hawaii on Sunday, December 1, at the 29th Ultraman World Championships, after a three-day event including 6.2 miles of swim, 261.4 miles of bike, and 52.4 mile run, a double marathon. Physical tests are nothing new to Tim, director of Menlo Swim and Sport. But over the last eight weeks, he has taken his endurance challenges to new extremes. 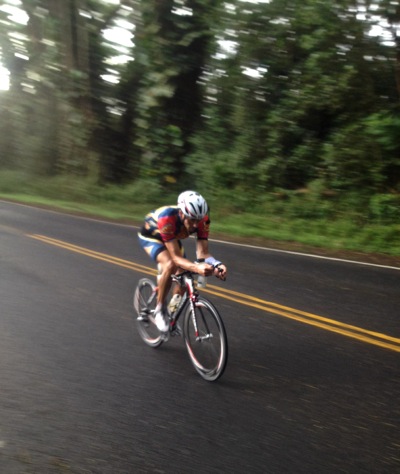 Supported by a team of friends and family, including his daughter Sierra Sheeper, Team Sheeper triathlon teammates Ian Hersey and Keith Terada, and 2001 Ultraman Bruce Smith, Tim powered through three days of headwinds, crosswinds, rain and high temperatures on the Big Island of Hawaii, including a 3000 foot Volcano climb. Throughout, Tim remained positive, determined, and raced his own race.

Tim dreamed up the Aloha Triple as a way to acknowledge his 50th birthday and to draw attention to Beyond Barriers Athletic Foundation, a local non-profit providing aquatic programs to disadvantaged youth. T-shirts celebrating this achievement are available for sale in the Burgess Pool ProShop, with proceeds going to benefit Beyond Barriers.